A Few Nuggets For You To Chew On Today 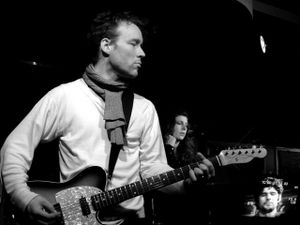 Minnesota's excellent band Low have revealed a few details about their forthcoming CD. It will be called Drunks and Guns, and will be released March 20 on Sub Pop Records. The album will be the first to feature new bassist Matt Livingston, and will be produced by Dave Fridmann (Flaming Lips, Sleater-Kinney, Phantom Planet). Low's last album, The Great Destroyer, was easily their best, and was one of the top albums of 2005. Low broke-up briefly during the Destroyer tour, but I am glad that didn't stick.

Al Gore was recently asked if President Bush had seen his environmental movie, An Inconvenient Truth. He had this comical response, "Well, he claimed that would not see it. That’s why I wrote the book. He’s a reader." 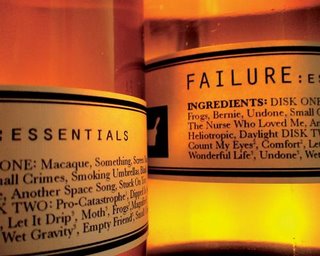 Criminally under-appreciated 90s alt-rock band Failure will be releasing their second post-break up CD any day now. The two-disc set will be called Essentials. The first disc will feature tracks from the band's three studio albums, and the second disc will have the band's early 7" singles and demos for the album Magnified. It will only be available through online retailer CDBaby. For now, Failure has created a podcast where Ken Andrews and Gregg Edwards discuss the release on their MySpace page. Check there for an official release date, tracklisting, and a purchase link.

The Anti-Defamation League (ADL), a prominent civil rights organization dedicated to fighting anti-semitism, has issued a statement criticizing right-winger Dennis Prager for attacking Congressman-elect Keith Ellison. Ellison is the first-ever Muslim elected to Congress, and had stated that he planned to take his oath of office on the Koran. "Prager is flat-out wrong when he asserts that Representative Ellison's use of a Koran would be damaging to the fabric of American civilization. To the contrary, the U.S. Constitution guarantees that, no religious test shall ever be required to hold public office in America. Members of Congress, like all Americans, should be free to observe their own religious practices without government interference or coercion." The statement went on to point out what I had already pointed out on this blog, that members of Congress do not take their oath on any holy book whatsoever. This entire "controversy" is just another bigoted attack from the far-right. 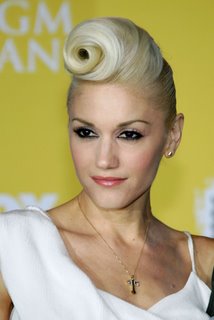 What the hell was going on with Gwen Stefani's hair at the Billboard Awards the other night?
Is there a Ratt reunion in the works for 2007? Maybe. The 80s hair metal legends have been a functioning band for the last few years, but only two of the four surviving members were in the band. The current singer, Jizzy Pearl, has just left, which paves the way for original singer Stephen Pearcy to rejoin the group. It looks like all four original Ratt members (Robbin Crosby died a few years ago) along with guitarist John Corabi (Motley Crue) will do the 2007 tour. Call your local bowling alley or state fair for more information. 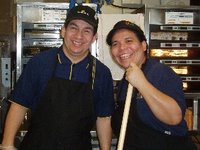 Hey! Good news! The pay gap between men and women is disappearing. The bad news is that this is not because women are getting paid more, it's that men's wages are eroding. "We're closing the wage gap in exactly the wrong way," said Rebecca Blank, dean of the University of Michigan's Gerald R. Ford School of Public Policy. "The idea was that women's wages were supposed to rise, not that men's wages would fall to women's level." More of that Bush economy in full effect.

Bush's economic policies are a scandal themselves, but did you realize exactly how many Bush Administration officials have either been accused of corruption or resigned in the face of a scandal? Talking Points Memo has assembled a list, and it is huge. Here are some highlights: 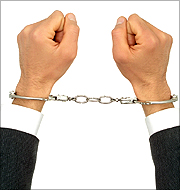 Scooter Libby - Vice President Dick Cheney's chief of staff - resigned after being indicted for Obstruction of Justice, Perjury, and Making False Statements in connection with the investigation stemming from the leak of a CIA operative's identity

Lester Crawford - Commissioner, FDA - resigned after only two months on the job. Pled guilty to conflict of interest and making false statements 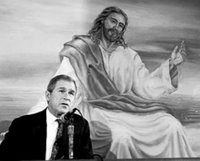 Susan Ralston - assistant, White House - resigned amidst revelations that she had accepted thousands of dollars in gifts from Abramoff without compensating him, counter to White House ethics rules

Dusty Foggo - Executive Director, CIA - stepped down following accusations of corruption in connection to the Duke Cunningham scandal. Under investigation;

There are so many more, check the whole list. No wonder George HW Bush keeps crying everytime he talks about his son. He is embarrassed.
Posted by Dave Splash