I know you've been clamoring for it. What will he pick for best album of the year? Well, here are your answers, friends. For this posting, I give you 20-11. The Top 10 will come in another day or so. Just deal, OK. I have included links to the bands' MySpace page (if they have one) or official website. That way, you can actually listen to the band if one of these descriptions sounds appealing and you aren't already familiar with them. I will also be doing a podcast featuring the best of 2006, so make sure to keep checking back for that! 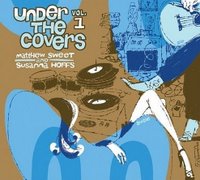 20) MATTHEW SWEET & SUSANNA HOFFS - Under the Covers Vol. 1 (Shout Factory)
Under the Covers Vol. 1 was a real surprise when I first got it. I am only a moderate Matthew Sweet fan (love the Girlfriend album, obviously), and it has been a long time since I've listened to Susanna Hoff's old band, The Bangles. But I always liked Susanna's voice, and I figure she could sing just about anything and it would sound pretty good. So when Sweet and Hoffs got together to make an album, I was interested, but not overly so. Thankfully, the record is fantastic. The duo recorded a number of sixties classics from the artists that obviously inspired them to become musicians themselves (i.e. The Byrds, The Beatles). Their voices blend together remarkably well. For a covers record, it doesn't get much better than this. Stand out tracks: "It's All Over Now Baby Blue" "Different Drum" (which also features Linda Ronstadt) and "Cinnamon Girl." 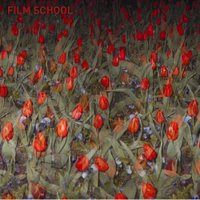 19) FILM SCHOOL - Film School (Beggars Banquet)
This new San Francisco guitar band impressed the hell out of me with their new self-titled album, Film School. These guys obviously are inspired by many of the classic 80s alternative bands like The Cure, Love and Rockets and The Cult (think Love-era), but they are by no means a throwback or retro band. Film School is able to add a new, 21st century twist to the sounds of those classic bands, and they also add a ton more guitar! Also, there are also some interesting lyrics in the songs which seems to be a rare commodity in today's "alternative" music world. Stand Out Tracks: "11:11" "Harmed" and "He's a Deep Deep Lake" 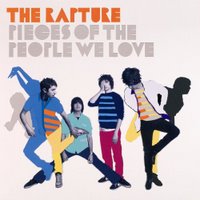 18) THE RAPTURE - Pieces of the People We Love (Universal)
I was never a huge fan of The Rapture's earlier CDs. I just didn't understand what the big deal was. As far as danceable punk rock goes, I consider myself a Faint guy. So I guess the reason I liked the new Rapture CD so much more than the others is that they are no longer really a "dance punk" band. Rather than sounding like a punk band playing dance music, The Rapture now sounds like a dance band playing punk. The songs are all insanely catchy, the lyrics often sarcastic attacks at scenesters who are afraid to dance, and the production values have been taken up a notch on this one. The band also scores big points with their roller skating themed video for "Get Myself Into It." Stand out tracks: "Get Myself Into It" "Whoo! Alright - Yeah...Uh Huh" and "Don Gon Do It" 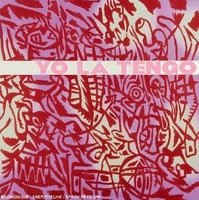 17) YO LA TENGO - I Am Not Afraid of You and I Will Beat Your Ass (Matador)
Yo La Tengo wins the award for strangest album of title of the year, no question. I tried to get more information about the provocative title from band leader Ira Kaplan when I interviewed him, but he would not budge. None of the songs reveal anything about it either, so I guess it will have to remain a mystery. Any Yo La Tengo record is a complex artistic statement, but I Am Not Afraid... might exceed any of their previous records in terms of eclecticism. The band is all over the place on this one: droning psychedelia, 60s pop, garage rock, low-fi noise, and even falsetto singing! It's pretty impressive that after more than 20 years, Yo La Tengo is still so inspired and so varied in their approach. A great addition to their already stellar legacy. Stand Out Tracks: "Mr. Tough" "Pass The Hatchet, I Think I'm Goodkind" and "The Room Got Heavy" 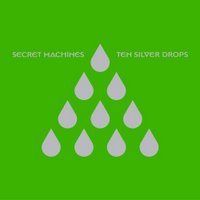 16) SECRET MACHINES - Ten Silver Drops (Reprise)
Calling Secret Machines a psychedelic blues band might be a touch misleading, but I really can't think of any other way to describe their sound. Perhaps that is why Secret Machines have not been able to crack the mainstream...no one knows how to describe their sound! In a perfect world, these songs would be all over the radio rather than Justin Timberlake or Hinder. But we don't live in that perfect world, so in order to hear one of the best bands (so far) of the 21st century, you will just have to pick up a Secret Machines CD. There is more of a melancholy vibe on Ten Silver Drops, so don't pop it on before going to a party. It is better for after the party when you have had a few. Stand Out Tracks: "Alone Jealous and Stoned" "Lightning Blue Eyes" and "All At Once (It's Not Important)" 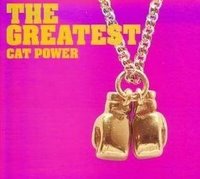 15) CAT POWER - The Greatest (Matador)
Chan Marshall (aka Cat Power) is a difficult woman to figure out. If you listen to her all covers album (creatively titled The Covers Record), you get a decent idea of who has influenced her musically, but not really how that fits into her current sound. At least that was the case prior to The Greatest. Marshall has always confessed a fondness for classic 60s soul music, so this time around she decided to make her album in Memphis with some of the musicians who played on many of the classic records she grew up listening to. The result isn't exactly soul music, per se, but whatever it is, it is really good. Marshall utilizes more straightforward musical arrangements this time around, and her singing is more direct and less quirky than on previous albums. Again, I like this new "mature" sound from her, despite many longtime fans expressing disappointment with this record. If you have never heard Cat Power before, this might be a good place to start. You can always go backwards later. Stand Out Tracks: "Love and Communication" "Living Proof" and "Lived In Bars." 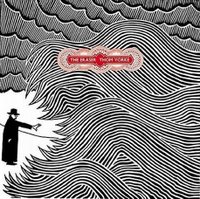 14) THOM YORKE - The Eraser (XL)
If you are already a Radiohead fan, and you like the Amnesiac / Kid A period from the band, then you will have some idea what to expect on the first ever solo album from band leader Thom Yorke. Critics have been mixed about the album, but I think it is a great record and may be better than those two aforementioned albums. Yorke works with Radiohead's producer Nigel Goodrich on the record, and at times, it sounds like these songs are demos for a future Radiohead album. I have long since given up hoping Radiohead would return to their classic The Bends or OK Computer sound. It ain't gonna happen. So this is likely to be how Radiohead will sound in the future. Stand Out Tracks: "Black Swan" "Harrowdown Hill" and "Cymbal Rush" 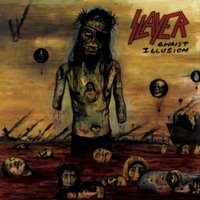 13) SLAYER - Christ Illusion (American)
It has been over five years since the last Slayer album was released and the world has changed a lot since then. Slayer, however, remains the same. That is a good thing. As is the case with most Slayer albums, the band heavily targets religion (all religions) with their lyrics on Christ Illusion. The album is as brutal as ever. By this time, you already know if you are a fan of this band or not. They are not like Metallica who have mellowed over time. Slayer has actually gotten heavier. There is one song in particular that I am surprised has not generated more controversy. The song "Jihad" is written about 9/11 from the terrorists' perspective. I couldn't imagine trying to get inside the heads of those scumbags, but Slayer has managed to do it. Pretty scary stuff. Stand Out Tracks: "Cult" "Flesh Storm" and "Jihad" 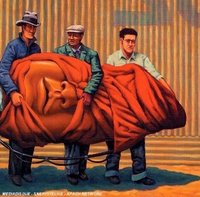 12) THE MARS VOLTA - Amputechture (Universal)
I think I finally "get it" with The Mars Volta. I borrowed the first two Mars Volta CDs from a friend a while back, and I could not stand it. It was all over the freakin' place! Just when the band would lock into something I liked (a cool riff, a great bass line etc), they would pull a 180 and start doing something completely different. This might have happened three or four times in the same song! There is still a little of that on the new album, but the songs are so solid, and the playing so spectacular, that the "busy-ness" of the arrangements is easy to overlook. The band still frequently sings in Spanish, still writes the occasional ten minute song, and still packs about 40 ideas into each tune, but this time it works. Stand out tracks: "Viscera Eyes" "Vermicide" and "Meccamputechture" 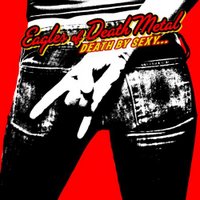 11) EAGLES OF DEATH METAL - Death By Sexy (Downtown)
Usually a side project band would never make it this high in any Best Of list from me. But when the band is a side project of Josh Homme from Queens of the Stone Age, I guess a new precedent can be set. While there are elements of QOTSA in the Eagles, EODM sound more like a garage rock version of classic ZZ Top. I'm talking the "Tush" era of ZZ Top, not the MTV version from the 80s. There are also elements of T. Rex and even New York Dolls in the sound. The lyrics are mostly comical, and cover typical 70s concepts like avoiding jailbait and keeping your buzz. This is a fun and rockin' album despite what Axl Rose thinks. Stand Out Tracks: "I Gotta Feeling (Just Nineteen)" "I Want You So Hard" and "Cherry Cola"

I totally loved Under the Covers, Film School and the Secret Machines. Psychedlic blues is actually a very good way to describe the latter.

No it won't. But that is what the band Muse is for!