Vice President Cheney's daughter, Mary Cheney, has announced that she is pregnant. Congratulations to her. This will be the first child for Cheney and her partner. Too bad the right is unable to contain their hatred of homosexuals. On popular right-wing website TownHall, this is how the future grandchild of their hero is being attacked: "Knowing from scientific data that children excel best when given the full and natural parental structure of one mother and one father, is it moral to bring a child into such a scenario - purposefully, simply to stroke one's own desire to have a child - sort of like a new handbag, or pair of shoes?" (emphasis added) Wow. Comparing the desire to have children to buying shoes?! Just when you think the right couldn't any lower, they find previously unheard of depths of bigotry. Shameful.

Before he has even been voted on by the Senate, the nominee for Defense Secretary, Robert Gates, already has his photo up inside the Pentagon and on its website. Good thing no one is saying the fix already in for Gates, right? 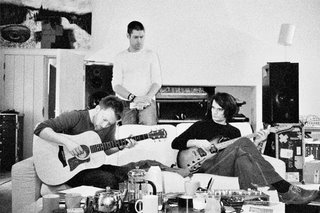 Record producer Nigel Godrich (Radiohead, Pavement) is starting a new online show called From the Basement. The show will available for download through iTunes and from their website. For the premiere episode on December 18, Godrich will feature Radiohead's Thom Yorke playing two brand new Radiohead songs on piano. The show will also feature a three-song set from The White Stripes.

Blogger Jesse Jarnow has assembled an album's worth of new Wilco and/or Jeff Tweedy mp3s for download. Wilco has an open taping policy at its live shows as long as the tracks are not used for commercial purposes. I gave the songs a quick listen, and they sounded pretty good. I saw Tweedy about six months ago or so, and he was amazing. The new Wilco album is scheduled for a May release. 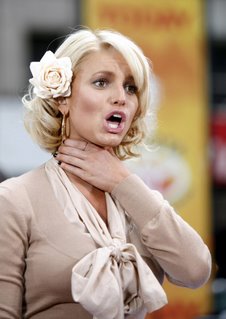 This is great. Talking Points Memo's Josh Marshall says this on the Dennis Prager non-Christains should not be allowed to serve in Congress thing, "Maybe he so hates and is so frightened of Muslims that he's willing to sell out his religion and Jewishness, to slap on a yellow badge of second class status, in the hopes that the Christians will protect him. The guy gives Uncle Toms a bad name." Nice. Yesterday, the ADL condemned Prager, and today the Holocaust Memorial Museum said Prager's statements "do not reflect the position of the US Holocaust Memorial Museum" and that he speaks "soley for himself." Prager cannot be removed from the board at the Museum because he was appointed to it by...drum roll please...President Bush!

There is now video of Jessica Simpson's "9 to 5 incident" from the Kennedy Center. I don't think it was a big deal at all. She was clearly struggling to keep her dress from falling down (a struggle I was hoping she'd lose). The performance could hardly be called a meltdown; nor should it be compared to Ashlee Simpson getting busted lip-syncing on Saturday Night Live. See for yourself:

). The set features demos by Partridge that he has recorded over the last 30 years. There are 161 songs total. There is also a link to the interview in podcast form in case you can't read.
Posted by Dave Splash