What the Hell Is Going On?! Glad You Asked... 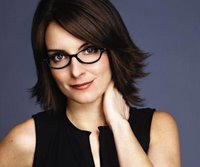 I knew there was a reason I liked Tina Fey. In addition to her excellence on SNL's Weekend Update, her new sitcom 30 Rock, and her general hotness, Fey is not afraid to speak her mind. She appeared on the Howard Stern Show the other morning and let loose on high society dipshit Paris Hilton. She called Hilton a "piece of shit" and said that she wears a "cheap weave" and has giant, man hands. Hilton's name came up when Tina Fey was asked to comment on her favorite and least favorite guest hosts from her Saturday Night Live days. Awesome.

I find it a little bit curious that the right and their cohorts in the media have been obsessing over the leadership elections of the Democrats in the House of Representatives. They have made it out to be Nancy Pelosi's first big defeat since she backed Jack Murtha and he did not win the #2 spot, and that the Democrats are already in "disarray." Why has no one focused on the much more divisive leadership elections on the Republican side. The battle for Minority Whip in the Senate was won by Trent Lott by a one vote margin. That seems like the Republicans are pretty divided to me. Also, on the House side, prominent conservatives like Mike Pence and John Shadegg were voted down in favor of John Boehner and Roy Blunt. Why no articles on the absolute rejection of former Speaker Denny Hastert? What about his fall from House Speaker to House nothing. Hard to find a better example of the media reciting Republican spin verbatim -- the winning Dems are already fighting amongst themselves while the GOP is on a solid track towards re-claiming their majority...Bitch, please! 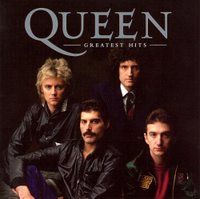 Queen's Greatest Hits is now the biggest selling album of all time in the UK. It has surpassed the previous #1, The Beatles' Sgt. Pepper's Lonely Hearts Club Band. I've always thought Queen was a decent band, but bigger than The Beatles?! Oasis' What's the Story Morning Glory was #3, and I have no idea how that thing could sell so many copies. 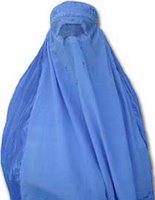 The Dutch government will be voting on whether or not to ban the wearing of the burqa in public places. The burqa is that thing looks like a beekeeper suit worn by some very religious Muslim women. Those wearing a burqa cannot be identified in any way because the person's entire face is covered. This may upset some of my friends on the left, but I support such a ban. Putting aside the obvious misogny that goes along with women being forced to wear such a get-up, it really is a matter of security. There is no way to tell who is really under there. Muslim organizations are crying foul, and claim that the ban would violate the Netherlands' constitutional protection for religious expression. They further claim that of the 1 million Muslims that live in the country, only a few hundred actually wear a burqa. I am not a religious person, and think that many religious "traditions" are ridiculous and hardly worthy of protection. This particular ban is tricky because the ban would not single out the burqa (it would be phrased without specifically using the word), but no other religion has an outfit that covers the face. On the surface, it seems like it is targeted at Muslims. Still, in light of the events of the last few years, and increased need for security in Europe and America, I think the ban should be passed.

Sore loser alert!! The son of former Republican Ohio Senator Mike DeWine attacked a supporter of his opponent Sherrod Brown Monday night in a restaurant. The Brown supporter (who backed the winner in the election) was dining at a nearby table and commented on the election to his dinner companion. DeWine overheard the discussion and immediately rose out of his chair, yelled at the man, and assaulted him. First George Allen's thugs attack a journalist for asking a question they didn't like, and now Mike DeWine's family is attacking people in restaurants!? Where are they recruiting new Republicans? From Jackboot University? Man, talk about unhinged!
Posted by Dave Splash

Hey, stop likening Mexico to Texas. Don't be as ignorant as the rednecks you hate so much. Mexico is nothing like Texas. Texans are the scum of the earth. Stick to talking about what you know something about. Don't you fucking judge Mexico, you fag.

Huh? There is no mention of Texas in the posting dude. Maybe you have trouble reading English.

I agree with you on the burqua. If it covers the face it should be illegal.