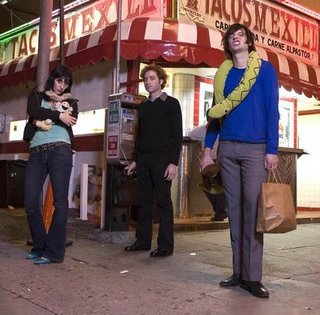 If you live in the Omaha area, get your ass to the Saddle Creek Bar (1410 N. Saddle Creek Rd) to see psychadelic garage rockers The Starlite Desperation. I saw these guys twice at the end of 2004, and was blown away. Then they sort of disappeared. But, thankfully, they have returned. Looks like they have a new line-up considering that two years ago there was not a woman in the band. Tickets are $7 at the door.

Opening the show is a great Omaha band called Virgasound. Get there early enough to see them if you haven't already.

Email ThisBlogThis!Share to TwitterShare to FacebookShare to Pinterest
Labels: Concerts