Some Sad News In The Blogosphere 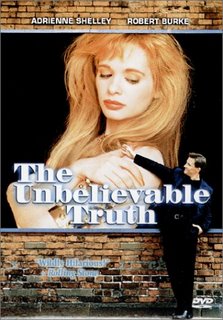 I've been reading a political blog called the Ostroy Report for the last six months or so. The blog's creator, Andy Ostroy, is a strong Democrat, and has been a reliable source for information in the months leading up to the election. I found it strange that there had been no new posts on the blog since November 1. Nothing in the immediate lead up to election day, nothing on election day itself, and nothing about the great outcome on November 7. What the heck happened to him?

It turns out that Andy's wife, actress Adrienne Shelly, was murdered on November 1 (she is pictured on the boxcover above). While not all of the details are known, it looks as though she was killed by someone with an apartment that is very close to Ms. Shelly's office. The killer was angry about noise complaints levelled against him, he confronted Shelly, and then killed her. He then attempted to stage the scene to look like a suicide.

I don't personally know Andy Ostroy but, nevertheless, I feel for him. I hope the killer gets sent to prison for a very very long time. If you have a minute, stop by Andy's blog and give him a good thought.

Email ThisBlogThis!Share to TwitterShare to FacebookShare to Pinterest
Labels: News

She was murdered by an illegal immigrant who was worried about being deported after he threw a hammer at her.

I hadn't heard that aspect of the case.