MSNBC Says It's a Civil War, Fox News Says It's a Big Party! (plus a Jessica Simpson sex tape?) 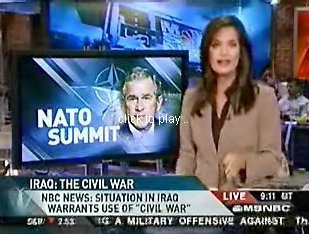 At least someone in the media will finally admit the obvious -- Iraq is in the midst of a civil war. To date, NBC is the only major media outlet in America to acknowledge this fact. NBC and its cable offshoot MSNBC have decided that from this point forward, they will refer to the situation in Iraq for what it is: Beginning this morning, MSNBC will refer to the fighting in Iraq as a civil war — a phrase the White House continues to resist. But after careful thought, MSNBC and NBC News decided over the weekend, the terminology is appropriate, as armed militarized factions fight for their own political agendas. We’ll have a lots more on the situation in Iraq and the decision to use the phrase, civil war. And my girl Contessa Brewer got to deliver the news! 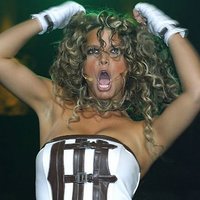 Remember Tawny Kitaen? She was the hot redhead in the Tom Hanks movie Bachelor Party, and the Whitesnake videos from the 80s. She was also on a ton of TV shows in the early 90s. Her career has taken a serious nosedive, and she was just arrested with 15 grams of cocaine in her possession (slightly more than personal use amount). How sad. But I guess that is probably the fate for a number of former music video bimbos. 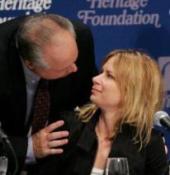 Hallelujah! Actress Mary-Lynn Rajskub is not dating Rush Limbaugh. Rajskub plays Chloe O'Brian on 24 and has previously gone out with people like David Cross. Rajsksub and the big, fat douchebag both appeared on a panel on terrorism. "He said hello to everyone and kissed me full on the lips. I was like, 'Oh, that was odd.' Then the picture was on the Internet and people thought I was going out with him."

Even though Curt Weldon (R-PA) lost his bid for re-election (finally the voters in his district realized that Weldon is certifiably insane), the FBI's investigation into his corruption will continue. Among Weldon's questionable stunts while in office: attempting to pass a resolution cutting off all aid to Maldova (a former Soviet state) because one of his contributors lost money on a business deal in the country. That's the GOP for you -- always taking care of the people's business!
Posted by Dave Splash