Kind of a Slow News Day? 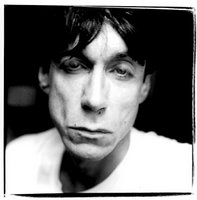 Iggy & the Stooges have completed their first new album in 33 years! Mr. Iggy Pop has confirmed that the album is completed, and will be released in March of 2007. The record was produced by Steve Albini (Nirvana, Pixies, Failure, PJ Harvey, Jesus Lizard), and recorded in Chicago. The line-up for the band features original members Iggy Pop, Ron Asheton, and Scott Asheton, plus Mike Watt (Minutemen, fIREHOSE) on bass. This line-up has been touring the world for the last three years. Iggy says of the new material, "You put it on, and right away, you'd know, well, that's them." Yep.

Walmart has long been a target of the left for its anti-union acitivity, unfair work practices, sexist promotion policies, and lack of health care for its employees. Now the right is attacking the discount chain store for allowing itself to be "...extorted by the radical homosexual agenda" because they recently became a member of the National Gay and Lesbian Chamber of Commerce. Say what you will about Walmart, but it is clear that the right-wing's hatred of homosexuals is now at the pathalogical level. This issue isn't about marriage or adoption, it's about agreeing that workplace discrimination is wrong. So why does the right have a problem? Because we all know the right prefers persecution of gays to any type of equality or tolerance. 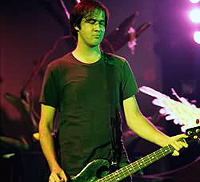 Former Nirvana bassist Krist Novoselic will be going out on tour as a member of the re-united punk legends Flipper. Novoselic has been out of music since his post-Nirvana band Sweet 75 ended in the mid 90s. He has focused more on politics in Washington state, and, at one point, considered running for office. He, ultimately, decided against it.

There is already talk in Democratic circles about my "dream ticket" for 2008 -- Edwards/Obama. I was actually an Edwards guy in 2004, but he obviously did not get the nomination. Though he wasn't the greatest VP candidate I've ever seen (he was way too soft on Cheney in their debate), I chalk that up to the Kerry advisers. Obama is something of a sensation in Democratic Party politics, and I understand why. He is smart, charismatic, well spoken, and is not a rigid idealogue. But his lack of experience may be a negative in the eyes of the electorate. I like that there are others who refer to this as a "dream ticket" as well. I would like to see a ticket that focused less on divisive party politics and more on forming a consensus to get problems solved. At this point, no one on the other side of the aisle fits that bill.

I think an Edwards-Obama ticket has great potential. Both guys have charisma and a desire to help the 98% of the population that didn't get huge tax breaks.

looking forward to hearing the new output from Pop and company. should be interesting to hear what they have to say after so long.