The Implosion of the Republican Party 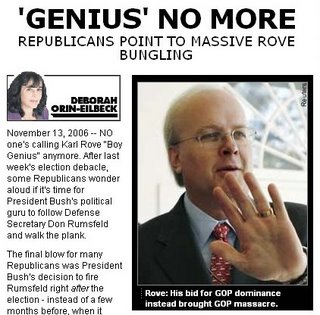 Kind of says it all, doesn't it? 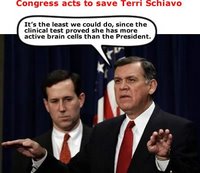 Mehlman is out and Martinez is in. The Republican National Committee, still stinging due to their massive loss on election day last week, has named a new chairman. The new guy is the first-term Senator from Florida, Mel Martinez. Martinez is probably best known for authoring a memo detailing the political benefit to Republicans of the Terri Schiavo incident. When confronted with the memo, Martinez lied, but later acknowledged the memo came from his office. Martinez beat out Maryland Lt. Governor Michael Steele, who also lost his bid to become a Senator. Perhaps it's time for Steele to consider a new vocation. 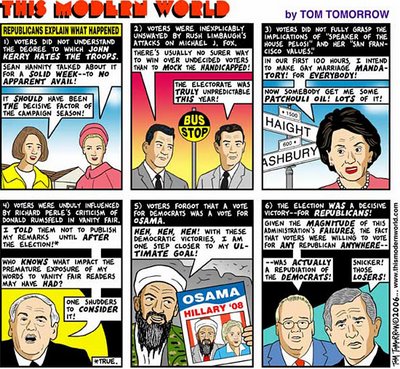 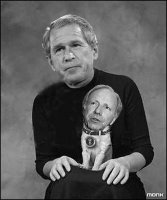 Joe Lieberman is an asshole. After promising to caucus with the Democratic Party in the Senate (and forcing the Dems to promise him whatever committee chairmanship he wanted), Mr. Lieberman said yesterday that he could still become a Republican. "I'm not ruling it out," he said in an interview with the Hartford Courant. I hate this man. I can't say it any more clearly. I did not support Al Gore's choice to have him as a running mate in 2000, I thought his presidential campaign in 2004 was laughable, and he has been such a Bush toadie in the last few years, that anything positive he might have done has been negated. He also left the door open for supporting sending more troops to Iraq. Is this guy so dense that he doesn't understand what the people of the United States said last week? We want the Iraq War to be ended -- not extended.

The man arrested last weekend for sending threatening envelopes filled with a white powder (that looked an awful lot like anthrax) to people like Nancy Pelosi and Jon Stewart, is probably a blogger on the conservative website Free Republic. Bloggers at Democratic Underground and DailyKos have determined that Chad Castagana posts at Free Republic under the name Marc Costanzo. The evidence looks pretty strong that the two men are one-in-the-same. But, of course, conservatives never advocate violence against their political opponents, right?