The Countdown Is On!! 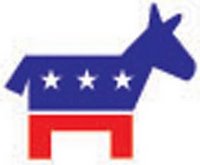 Tomorrow is election day. If you haven't already done so, make sure to vote...if you are a Democrat. If you're a Republican, frankly, I don't care what you do. If you are unsure of which party to support, here are a few reasons why you need to kick out the Republican Party: The Iraq War, the failure to capture or kill Osama Bin Laden after five years, the missing $9 billion from the Coalition Provisional Authority, 2800 dead US soldiers, tens of thousands of wounded or maimed soldiers, tens of thousands of dead Iraqi civilians, the Jack Abramoff influence peddling scandal, the Mark Foley kiddie sex scandal, race-baiting in Tennessee, illegal phone jamming in New Hampsire (in 2002 and 2006), the trillion+ dollar deficit, VP Cheney's collaboration with energy companies to manipulate oil prices, writing torture into law in violation of the Geneva Conventions, election fraud in Florida and Ohio in 2004, the resignations (in disgrace) of Scooter Libby, Duke Cunningham (in prison), Bob Ney, David Safavian (in prison), and numerous others, Halliburton, Macaca, stem cell research, etc, etc, etc. There is so much more, but if you're not convinced by what I have already written, you are beyond hope. Vote Democrat to save the country. It's that important.

From Blabbermouth.net: Rock your teeth clean — and encourage better brushing habits! — with the electronic KISS toothbrush that lets you hear two full minutes of "Rock and Roll All Night" while you brush! Sound vibrations stream from the bristles through your teeth — so you can actually hear music inside your head! To increase the volume, simply increase your brushing pressure! The better you brush, the better the sound!

The KISS toothbrush from licensee Hasbro is now available in the state of New York and will be released nationwide in early 2007. 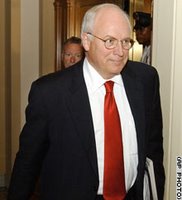 Head indoors immediately after voting tomorrow because Dick Cheney will have his guns! The VP with the 15% approval rating is planning on making his first hunting trip since shooting his friend in the face on election day. Cheney will be hunting on a private hunting range in South Dakota (no doubt one of those places where animals are easily trapped, cornered and killed in a disgusting display of bloodlust -- no "sport" or "skill" involved). Imagine who he will be aiming for when those election results come in! 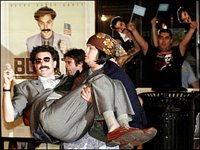 Borat is #1! The psedo-journalist from Kazakhstan's new movie, Borat: Cultural Learnings of America for Make Benefit Glorious Nation of Kazakhstan, was the biggest grossing movie last weekend. The movie took in a higher than expected $26.4 million, and beat Disney's The Santa Clause 3: The Escape Clause starring Tim Allen. I haven't yet seen the Borat movie, but am planning to as soon as all my work and election stress is behind me.
Posted by Dave Splash