Something to Blog About

KISS was mentioned last week on Saturday Night Live's Weekend Update. They did a bit about the Vinnie Vincent vs. KISS case. Here is the joke:

The former KISS guitarist VINNIE VINCENT, who played with the band from 1982-1984, lost a Supreme Court appeal Monday in a dispute over royalties with his former band mates. Vincent had a feeling things weren't going to go his way when he walked into court and saw Justice Alito looking like this.

This is the most press Vinnie Vincent has seen in 20 years! 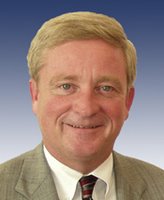 Powerful Republican Congressman Bob Ney of Ohio pleaded guilty to bribery today for his involvement in trading votes for gifts from Republican lobbyist Jack Abramoff. "Ney pleaded guilty to conspiracy and making false statements. He acknowledged taking money, gifts and favors in return for official actions on behalf of Abramoff and his clients." Despite the guilty plea, Ney has not yet resigned from Congress, and no one in GOP leadership is forcing the issue. Ney was chariman of the House Administration Committee.

Jessica Alba doesn't "do nudity." This is according to People Magazine. I guess she wants to maintain her "artistic integrity" or something like that. I wasn't sure she had any left after that Fantastic Four movie.

Jessica Biel is rumoured to be the next Wonder Woman. Apparently, there has been talk of Sarah Michelle Gellar or Kate Beckinsale getting the role for the upcoming movie adaptation of the famous comic strip. But Biel was recently photographed wearing a Wonder Woman T-shirt, and some think that she is tipping people off to the fact that she will be getting the role. Biel is hot, but I don't think she can touch Lynda Carter from the 70s TV show. 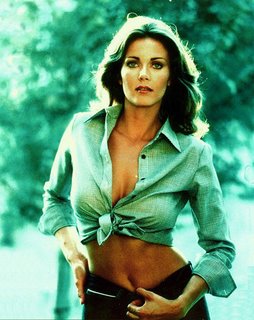 Lynda Carter in her mid-70s heyday
Posted by Dave Splash