Happy Tuesday To You 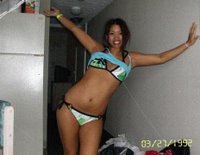 According to Michelle Malkin, the "Spring Break 92" party photos that surfaced of her last week are fake. However, the photo sharing website, Flickr, has not removed the photos and neither has Wonkette. This leads me to believe that the pictures are real and Malkin is just pissed because it makes her look a little silly. Wonkette is taking it even further and is continuing to mock Malkin, even after she went to their parent company, Gawker Media, and threatened them. Like I said last week, the photos make Malkin seem more human, and less like a vicious, hate-spewing fembot.

The entire leadership of the Republican Party is getting engulfed in Foleygate. However, since Speaker of the House Dennis Hastert chose to protect his majority, his power, and his party rather than protect a child, I can't say that I feel even slightly bad about how this is unfolding. It also looks like Fox News had this information last year and chose not to cover it. Yep, that's fair and balanced. 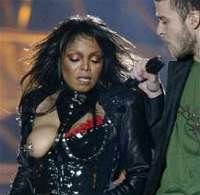 Janet Jackson and Justin Timberlake want to appear on stage together again. This would be their first joint appearance since Janet Jackson's tit attack on America a few years ago at the Super Bowl. Jackson's tit ruined her career, but Timberlake was unscathed. Maybe this reunion will boost sales for Jackson's newest CD. Probably not, but the Jacksons are known for desperate publicity ploys.

Former KISS guitarist Vinnie Vincent (1982-1984) has been turned down by the US Supreme Court. They will not hear an appeal on Vincent's claim that he is owed royalties for his contributions to the 1983 Lick It Up album. The lower courts all ruled against him. His petition can be found here. I don't know about the merits of Vincent's case, but at the time he joined KISS, he helped them tremendously. He is credited as co-writer on 8 of the 10 songs on LIU, and on 4 or 5 songs on the previous album, Creatures of the Night. I certainly hope that he is not being treated unfairly, but he does have a history of exaggeration and numerous lawsuits against KISS. 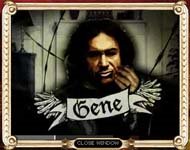 Sticking with KISS, I have to say that my initial like for the Gene Simmons Family Jewels show on A&E has ended. The whole thing is just too staged and phony. It's like they are all reading lines or something. Last night's episode was so pathetic. Gene had to miss his daughter's "father-daughter" softball game due to a business meeting. So, Mom decides to get Gene back by purchasing a horse for the disappointed daughter. They tied it up to the front of their Beverly Hills mansion. You could tell this entire incident was planned by the show's producers. Gene couldn't even act surprised by the site of a horse in his front yard. I am praying there won't be a second season.
Posted by Dave Splash