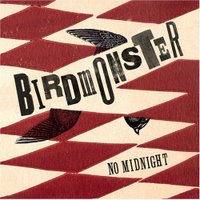 Birdmonster - This San Francisco band's debut album No Midnight (buy it) has just been released by the generally reliable label SpinART. The band has been getting comparisons to XTC, The Clash and The Jam. I think it's safe to say that the band has heard some Replacements or Soul Asylum in their lifetime as well. Decent stuff. There is a free download of the band's song, "Cause You Can," along with a small article here. 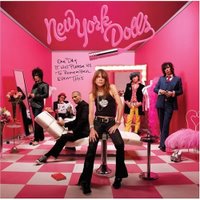 I am so completly shocked to be saying this, but the new New York Dolls album, One Day It Will Please Us To Remember Even This (buy it), is actually really good. After being gone more than 30 years, and with three out of the five original members being dead, I was uncertain how this could really be a good thing that the band was "back together." Guitarist Johnny Thunders was such an integral part of the band's sound and attitude, that it almost seems impossible to have The Dolls without him. But since he's been dead for 15 years, that is the only way they can be at this point.

The album is full of dirty, Stonesy rockers, and the songs' lyrics are loaded with lead singer David Johansen's cynicism and bizarre wit. He's not the same guy now that he was in 1973, and he's not claiming otherwise. There are no free downloads, but there are lots of cool vintage video clips of the original New York Dolls at the band's website.

The last pick for today is from Los Angeles' Silversun Pickups. The band's new album Carnavas (buy it) should be picked up by anyone who thinks a cross between Smashing Pumpkins and My Bloody Valentine sounds like a cool band. The more appropriate comparison is Autolux rather than MBV(due to the band's atmospheric vocals), but if you like one, you probably like the other, too. Rather than simply meander in and out of the sheets of feedback and noise, Silversun Pickups rock out like the Smashing Pumpkins when they were great (think Gish). I've only been listening to the record for a few days, but I am loving it so far. The first single, "Well Thought Out Twinkles," is stellar. The song can be streamed at their website or on their MySpace.

I heard the Dolls cd and was very pleasantly surprised. I especially liked "We're All In Love".