New Juliana Hatfield Downloads Are On the "Honor System" 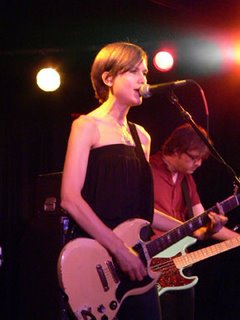 Somehow I completely forgot to mention in my last posting about Juliana Hatfield that she frequently posts demos and unreleased songs on her website. Technically, they can be downloaded for free. However, Juliana would like you to pay for the songs. The downloads are on the "honor system," as she explains:

The concept is this: There's a furor raging over the legal and ethical reality of music downloading and sharing. On the one hand there are huge multinational corporations suing children and grandparents for copying digital files that let them listen to songs so ubiquitous as "Paranoid" and "Happy Birthday."

On the other side of the line drawn in the silica is most of the rest of the world whose sense of entitlement makes them think the work of artists belongs, somehow, inalienably, to the people. Copy and share, copy and share. This part of the world somehow believes that acquiring the product of artists' labor is obviously helping the artists, just by listening.

Maybe it is, maybe it isn't. At their most honest, the file-sharers admit that the artists' livelihood is really not their issue and the downloading proceeds apace. 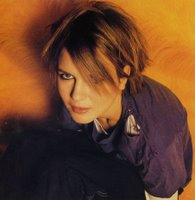 Both of these positions seem to exist in a lawless world in which everyone asserts some privilege to disregard the needs of others. So here we are, at the intersection of greed and sloth; but on this little corner, in this little place, the honor system will hold sway. Here's how it works:

When a song is downloaded, you will have an option. You can decide that ownership of this song is your right and freely distribute the files to your friends and to the people who also think it's their right, without payment.

Or, you can support the artist who wrote and recorded this song and click the PayPal button at the top of the page and send Juliana a contribution. The iTunes standard of $.99 per song may seem too high for you, in which case you can send $.50 - though there is virtually nothing else you can buy legally for $.50. Alternatively, you can think of the number of people with whom you might share these files and give a multiple of $.99 for each song you download.

If you don't have a means by which you can use PayPal or if you're opposed to the burgeoning online drain of your credit, feel free to send a dollar in the mail to Juliana at Ye Olde Records, P.O. Box 398110, Cambridge MA 02139.

There might come a day when the honor system is a strong enough code to let people like Juliana offer her songs on the web without the force of law or the sting of theft. In fact, today might be that day. Enjoy the songs. Support talent wherever you find it.
---------------------------------
She has posted stuff as recently as last week. Here is her latest entry:

Hi. I am putting up some more new/old recordings, for your listening pleasure. First, I just want to say thank you again to all who have contributed and continue to contribute to this ongoing downloading project. You are helping to finance my future musical projects.

A few notes on these newest postings:

"The First Shiver" is me on guitar and piano and shakers and dog noises. My brother recorded me in his home studio.

"Sick of the City" is a demo that features Josh Lattanzi on bass and Steve Scully on drums. The same line-up played on this electrified version of "Hole in the Sky." These songs were in contention for inclusion in the In Exile Deo sessions, but obviously neither made the cut.

Sorry for the murkiness of "Sick…" It was dubbed onto a cassette tape which had, once I dug it up out of a box, acquired a lot of grime and dust.

I included this very raw, mostly lyrics-less four-track (cassette) performance of "Don’t Walk Away" because, well, I just like it. You can hear more of the pretty harmonics/harmony here, as opposed to the more gussied-up Gold Stars version.

"Good Thing Going" and "The Prettiest Girl" and "First Love Never Dies" were Some Girls demos that Freda and I made before Heidi was in the picture. Some guy played bass (I think it was Josh -- please forgive me for having such a terrible memory). I like this version of "Prettiest..." because to me it sounds and feels a bit more poignant and sad than the spunkier Feel It version. "First Love..." was co-written with Duquette Johnston.

On a related note, I just taped a "History Lesson" segment for my radio show on Juliana Hatfield. It will air next week. Not sure exactly what day, but the segment airs every day at 12:30 on 89.7 The River (Omaha/Council Bluffs).