Did Ladyfinger Damage My Brain? 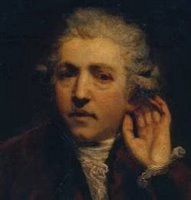 I think the ringing in my ears caused some of kind of memory lapse or something. Before the show I was talking to one of the guys in the band and he said he would get me a copy of the CD for my show. After the show was over, I approached him and asked about the CD. Apparently, the promos were in the van. He asked if I could wait a little bit until they load out. "Sure," I said. Then about 5 minutes later, I got a phone call and took off. I totally forgot to get that CD. FUCK ME! And they are leaving on tour tomorrow.

It's either the sore ear drums or all that pot I smoke. One or the other.
Posted by Dave Splash

Hey, that concert at Sokol was freaking awesome.