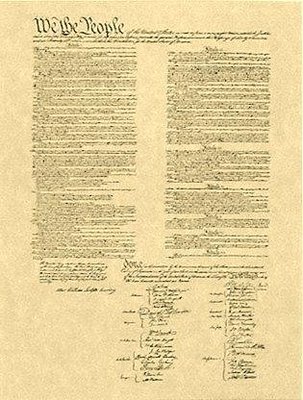 U.S. District Judge Anna Diggs Taylor in Detroit became the first judge to strike down the National Security Agency's program, which she says violates the rights to free speech and privacy as well as the separation of powers enshrined in the Constitution.

"Plaintiffs have prevailed, and the public interest is clear, in this matter. It is the upholding of our Constitution," Taylor wrote in her 43-page opinion.

The American Civil Liberties Union filed the lawsuit on behalf of journalists, scholars and lawyers who say the program has made it difficult for them to do their jobs. They believe many of their overseas contacts are likely targets of the program, which involves secretly listening to conversations between people in the U.S. and people in other countries.

The government argued that the program is well within the president's authority, but said proving that would require revealing state secrets.

The ACLU said the state-secrets argument was irrelevant because the Bush administration already had publicly revealed enough information about the program for Taylor to rule.
-----------------------------
I predict it will be a matter of hours before the Republican National Committee begins the personal villification of the judge that made this decision. They will also begin creating talking points for all of their crazed surrogates detailing how Bush does not have to follow this ruling. All of the unhinged Bush worshippers will go insane on this one. "How dare some judge tell Bush he can't do whatever he wants?" "Is this judge working with Al Queda?" "If this decision is followed it will embolden the terrorists." I can hear it now...