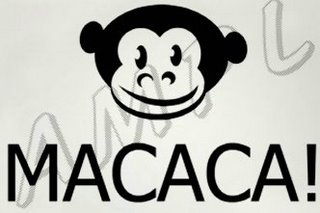 You have probably already heard about top Republican Senator George Allen's most recent racist outburst. The GOP Presidential hopeful called a native Virginian, who is of Indian descent a Macaca, which is a form of monkey and a French Tunisian slang term for dark skinned people (Allen's mother is French Tunisian, so there is little doubt he knows the term). There is no denying he said it -- it was on tape. When the story first broke, an apology was demanded from the Senator. He refused. Allen's camp, and his right-wing surrogates in the blogosphere, said he had nothing to apologize for. Well, it looks like he found something to apologize for today.

His apology was insufficient, and insincere. Allen's wording -- "sorry if he felt offended" -- does not accept any real responsibility, and he still denies he meant to demean the man. When you say to a native born American, "Welcome to America" and call him a monkey, you meant to demean the man. But just like Senator Allen's earlier flirtations with white supremecy (he used to drive around with an enormous Confederate flag in his truck window -- an obvious attempt to show his "resistance" to civil rights) , no one on the right will criticize him.

Hillary Clinton referred to the GOP House of Representatives as being run like a plantation, and everyone on the right had their panties in a bunch over such a nothing line. It was a quite accurate comment about the dictatorship-esque way the House was being controlled. The African-American crowd thought nothing of it, but the GOP presumed to tell black people that they were offended. They weren't.

Allen may have slipped up when he said what he said, but to deny that he intended to demean the person is to deny the obvious. George Allen is just an asshole. A racist asshole. I hope this damages his chances of becoming President. As if the (R) after his name wouldn't be enough.