I have never been a fan of Senator Joe Lieberman. Of course, since I'm not from Connecticut, it has only really been an issue once before. In the 2000 Presidential campaign, I supported Democrat Al Gore, and therefore, was supporting his choice for VP, Joe Lieberman. I thought it was an odd choice for Gore to have Lieberman on the ticket. He is from a small state, and one that typically supports Democrats, so his selection was not merely for electoral reasons. Lieberman did not have much of a national reputation -- he was the junior Senator from the state -- nor did he have any real standout qualities.

He was chosen to appease conservatives. Why? Good question. Conservatives were not going to vote for Al Gore, even if he had William Buckley on the ticket. They just weren't. Yet too many of Gore's advisors thought that the way for him to win was to "distance" himself from President Clinton, his scandal, and his perceived extreme liberalism. I say perceived liberalism because Clinton obviously governed from the center. Rather than being some raging liberal, Clinton was the president that signed the Defense of Marriage Act (DOMA), Don't Ask Don't Tell, and NAFTA (all three conservative pet projects). On the positive side, Clinton also balanced the federal budget and provided a large surplus of tax revenue. Revenue that the next president could have used to shore up Social Security, improve the nation's infrastructure, and ease the tax burden on the middle class. But I digress...

Lieberman was chosen because he was the first to "scold" President Clinton for his extra-marital affair, and because he is staunchly religious. The scolding was appropriate, I guess, but is that act alone reason enough to elevate a nothing Senator to the next Vice President? I don't think so. And as far as Lieberman's religiousness, I think it borders on obsessive. Lieberman is an Orthodox Jew. The Orthodox are to Jews what fundamentalists are to Christians, which is to say, that they are slightly nutty. (Blogger's note: I, myself, am Jewish, and reserve the right to view the Orthodox as "slightly nutty") Lieberman was praised by the right as a great choice for the Democratic ticket. They praised his "brave" stance against Hollywood (a convenient right wing whipping boy), and his refusal to say he supports affirmative action. That, right there, should have said that he is not the correct candidate. Oh well.

But Gore did not win -- at least that's how the election was decided in court. Lieberman (who refused to give up his Senate seat while running for VP, therefore leaving an impression that he had little confidence that he would win) went back to being the Senator from Connecticut. And as the US government moved to the right, Lieberman went right along with it. Lieberman's core conservatism fit right in with the Bush administration's agenda, and Joe became "Bush's favorite Democrat" in no time at all. As Bush, Cheney, et al took the country in a reckless, and unwanted lurch to the right, Joe Lieberman was a cheerleader for almost all of it. Especially the Iraq War.

Strangely, in 2004, Lieberman felt the need to run against Bush and Cheney, and he tried running for the White House again. This time at the top of the ticket. His ridiculous conservatism was noted at the time. Comedian Bill Maher said, "Joe Lieberman is the candidate for people who like George W. Bush, but think he isn't Jewish enough." That was a pretty good line, but a better one comes from an anonymous blogger who coined a new Lieberman slogan, "Joe Lieberman: A New Kind of Democrat, the Republican Kind." Joe did not get the nomination, despite all of the "Joementum" pushing him forward. Joe came in fifth place in the New Hampshire Democratic primary, and was forced to throw in the towel shortly thereafter. Many Democrats saw absolutely no difference between Lieberman and the Republicans. His poor showing should have been seen as a sign his views are out of step with the mainstream Democratic Party. 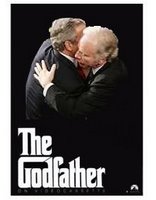 Fast forward two years to the present. In his quest for re-election to the Senate, Lieberman's handholding with the Bush Administration is causing him some problems in the Democratic primary. He is being challenged by the staunchly anti-Iraq War candidate Ned Lamont -- and it looks like Lamont might win. While Lieberman has the endorsements of Ann Coulter, Sean Hannity, Rush Limbaugh, and the Fox News Channel, Lamont has the passions of rank-and-file Connecticut Democrats. One should outweigh the other.

Lieberman is accusing his opponents of "playing politics" with the war. However, it is clearly Lieberman who is the one playing politics. He is putting his own political aspirations ahead of the views of the members of his party. Connecticut Democrats disapprove of the Iraq War, and the way it is being prosecuted. Joe Lieberman is a strong supporter of the war, its prosecution, and the people doing the prosecuting. Add this to the number of other issues which Lieberman finds himself at odds with his party (affirmative action, tax cuts for the rich) and it looks like ol' Joe is completely out of step with Connecticut voters. Joe is entitled to his beliefs, but so are the people of Connecticut.

Pundits are predicting an upset by Lamont. But rather than accepting the will of his constituents, Lieberman is vowing to run as an independent if he loses the primary in August. That is his right, but is it the right thing to do? This is a lose-lose situation for Democrats and for Lieberman.

Lieberman's independent run will divide the Democratic vote, and most likely give the election to a Republican. Furthermore, this will hurt lower ticket races for the US House and the State Legislature, by dividing money and resources, and by allowing the Republicans to make an issue of a "divided" Democratic party. Despite Connecticut trending Democrat, the 2006 House races are looking pretty close. If Dems want to have any chance of taking back the House of Representatives, they cannot be divided.

Democrats in Connecticut are the ones who have the choice. But as an outsider, I don't think it is unreasonable to insist that Democratic elected officials pledge to support the Democratic candidate -- no matter who that is. If Lieberman gets the nod, then he gets the support. But if Lamont wins, prominent Democrats like Hillary Clinton, Joe Biden, Ted Kennedy, and others should not support Lieberman's independent run (Clinton has already stated she will support the "democratic nominee"). In fact, they should privately discourage him from running -- for the sake of the party he claims allegiance to.

Democrats need to win back at least one of the houses of Congress in order to hold Bush & Co. accountable for their numerous policy failures and criminal activities. If Sen. Lieberman puts that possibility in jeopardy for his own political ambitions, then he is no better than Bush or Cheney, and he should be drummed out of the party. Then he can get a job at Fox News, and hobnob with sellouts like Zell Miller.

For more analysis of the Connecticut Senate race, look here and here.