Carmen and Dave Call It Quits 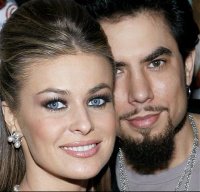 It is starting to look like any celebrity couple that documents its life on a MTV "reality" show is doomed to have a short marriage. The so-called MTV curse has hit Dave Navarro and Carmen Electra. They are splitting up.

So what the hell is Dave Navarro going to now? He now has absolutely nothing going on. His new band features a singer who used to be a VJ on MTV. You know they are going to suck. Jane's Addiction hasn't been a cool band since 1991, and he was only in the Chili Peppers for a year or so -- and that was more than a decade ago! Good luck Dave. In your status as a former rock star, you might not be able to land babes like Carmen Electra anymore. I'm such a hater, aren't I? 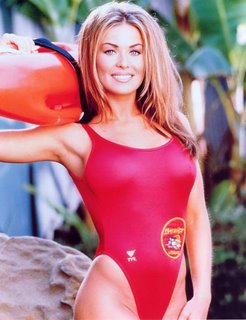 I
Carmen Electra might be a little nutty, but I think I'd try and make it work.
Tag: Carmen Electra
Posted by Dave Splash