Another Quick Check In 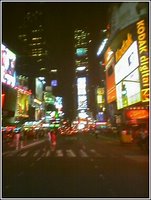 Checking in quickly from NYC. This conference has been kicking my ass. There are classes and/or seminars from 9 am until 8 pm everyday. A lot of it is pretty stupid, but actually, I have gotten some decent ideas to improve my business so I guess it is not completely worthless.

I did the touristy thing last night and went to the Stage Door Deli. It's pretty hard to come to New York and not get some deli. The food is just not the same in Omaha, I'm sorry.

After dinner, my hotel roommate went to see a Broadway show and I decided to hit a strip club with my cousin. I had no idea where to go since I had never been to any of the clubs in NYC. My cousin didn't know either. I have heard Howard Stern talk about Scores on his radio show, but I heard that it costs something like $100 just to get in. Fuck that. We ended up hitting a place called Flashdancers which was pretty close to the hotel. Had a good time there, though it was pretty expensive, too. I guess everything in New York is expensive. I had some fun with a beautiful Russian girl. Strangely, a lot of the girls at the club were Russian or Eastern European. You don't find girls like that in Iowa, I'll tell you that. 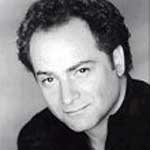 Tonight I am going to see actor Kevin Pollack at Caroline's Comedy Club. I am familiar with Pollack from movies like The Usual Suspects, but I didn't realize he did stand up. He never seemed that funny to me, but it's hard to tell who would be a good comic. The concierge at the hotel got us "VIP" seating at the club. I hope it's not front row because comics tend to pick on the people in the front. I don't want to have to kick Kevin Pollack's ass.