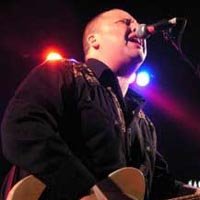 (Gigwise)Rumours have been rife since the band reformed in 2004 that they were readying a comeback long player but Frank Black seems to have put that on the backburner now.

He told Billboard that he had been writing new songs for the last six months "in an attempt to convince one of the Pixies to make a Pixies record again. I can't say who she is." Erm, we wonder?

However, he added that in the end none of the tracks quite worked even though he "liked how a few of (the songs) came out."

He continued: "I tried to find my Pixies muse and write a so-called Pixies number," he says, "but they just weren't any good. They sounded a little contrived or something.”

“That's the problem with trying to repeat something you did a long time ago; if you go 'Okay, I'm gonna try to recreate something, tap into some mood I used years ago,' even if it's the same songwriter, it's kind of fakey."