Joan Jett vs. The Replacements (not really) 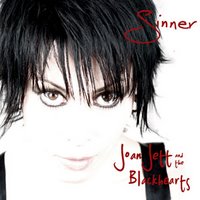 I was never the biggest Joan Jett & the Blackhearts fan back in the 80s. I liked her stuff, but never really went out of my way to keep up with what she was doing. I seem to remember some video of hers from the mid 90s where Paul Westerberg was singing with her. Might have been a Westerberg song come to think of it. Doesn't really matter. Every couple of years Jett would put out a new record, and I'd usually hear a song or two.

Well, it's 2006 and 25 years after her debut, Joan Jett & the Blackhearts have released a new CD. The disc, Sinner, is the best thing she's done since her early 80s heyday. I've been playing the single "A.C.D.C." (an ode to bisexuality?) on my radio show for the last few weeks, but the best thing on the disc is Jett's cover of The Replacements' "Androgynous." For the music collection impaired, I will post both versions.