The Rise and Fall of Ratt (Remember When...) 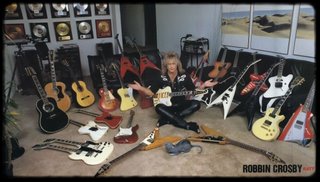 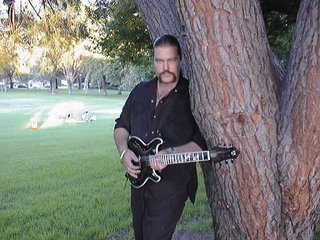 I caught the premiere of Ratt: Behind the Music last night. Being a teenager in the mid 80s, I was already pretty familiar with the band, and their story. Well, at least part of the story. Like all good Behind the Music episodes, Ratt's was filled with firsthand accounts of the band's rise from nothing to the top of the Billboard charts -- and its slow descent into an artifact of the "hair metal" era.

The real shocker of the episode was the decline of guitarist Robbin Crosby. Crosby had helped form the band with singer Stephen Pearcy in the early 80s, but by the time the band had "made it" as an international supergroup, his role had been minimzied. Apparently this caused him a lot of embarrassment and hurt (must have been hard to realize this while surrounded by dozens of groupies more than willing to do whatever he wanted and all those millions of dollars), so he started taking heroin to "ease the pain" and soon found himself a full-blown addict.

His story is one of the sadder ones. His addiction eventually affected his on-stage performances, causing him to be fired by the band. Shortly thereafter, his Playboy Playmate wife (Laurie Carr) left him. By 1994, he had contracted HIV from an infected needle and was living in a one room shack in a bad part of Los Angeles. Crosby gave his final interview in 1999. He was overweight, talked very slowly, and seemed almost on the verge of tears when talking about his fall from grace. Apparently, he had a series of other health problems and was living in a hospice. He died in 2002 from an overdose. His former bandmates hadn't seen him in years.

After wtaching that episode I logged onto Napster and listened to some Ratt. Some of it seemed a little dated and corny, but for the most part, I liked it.

Tag: Behind the Music
Posted by Dave Splash

Email ThisBlogThis!Share to TwitterShare to FacebookShare to Pinterest
Labels: Behind the Music, Music

Cinderella was another good band from that era. I think their name prevented a lot of people from giving them a chance. And starting with the second album they showed they were more than just another hair metal band...the vocals and music were often really bluesy and the songs had a lot of soul.

that behind the music on ratt was great.

Definitely one of the better ones. There was a lot of good behind the scenes footage which makes it that much better.

I always loved "Round and Round" but I never heard any of the rest of their stuff. I will find some, and I'll give a listen.

I agree J., Cinderella is a band that is wrongly maligned. Lots of talent there.