'Ratt: Behind The Music' Premieres Tonight 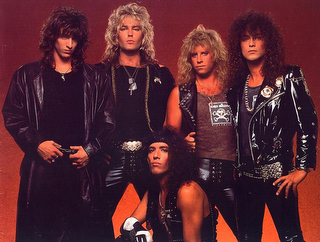 Tonight is the premiere of Ratt's Behind the Music episode on VH1. The Behind the Music show is almost always great whether you like the artist or not. When I was 14, no one was cooler than Ratt in my opinion. I loved those guys! Sure, I grew out of that stuff; but whenever I hear "Round and Round" or "Lay It Down" or one of the other Ratt hits, it always puts a smile on my face.

Their BTM should be especially interesting due to all the drama that has surrounded the band. You know: the sex, the drugs, the groupies, the firings, the successes, the failures, etc, etc. The episode premieres tonight at 9 ET.

Here is VH1's blurb about the show:

Ratt grabbed a decade of decadence by the tail, but their legendary excess came back to bite them -- it cost them their career, and, in the case of guitarist Robbin Crosby, his life. This special edition of Behind the Music contains exclusive behind the scenes footage of the band, as well as an never before seen interview with Robbin Crosby, conducted three years before his death. In the beginning, band crawled up from the Sunset Strip's hair metal scene in the early `80s scene to record a fistful of multiplatinum albums and fill arenas around the globe.

Throughout the `80s, Ratt -- vocalist Stephen Pearcy, guitarists Robbin Crosby and Warren DeMartini, bassist Juan Croucier and drummer Bobby Blotzer -- were the toast of pop metal, thanks to the 1984 breakout hit Round and Round, whose video became an MTV staple. As the band became arena headliners, they turned all of America into their personal playground. Backstage, there was an endless procession of Jack Daniels, cocaine, pot, and young women willing to do anything to be near their heavy metal heroes.

But the partying would eventually tear the band apart. Vocalist Stephen Pearcy's excessive boozing alienated the rest of the band and affected his performances - while onstage, he often forgot what city he was in. While DeMartini, Cloucier and Blotzer channeled their anger at their singer, Robbin Crosby was quietly wasting away. By 1985, he'd begun a debilitating heroin addiction that would lead to his ouster from the band in 1990. Already in a spiral, Crosby would get more bad news in 1994 - he was diagnosed as HIV positive. The diagnosis triggering a physical and emotional free-fall that would in 2002 result in his death from a fatal heroin overdose. Ratt: Behind The Music reveals the bands harrowing journey, from the beginning to the end and back to the newest beginnings for the surviving band members. 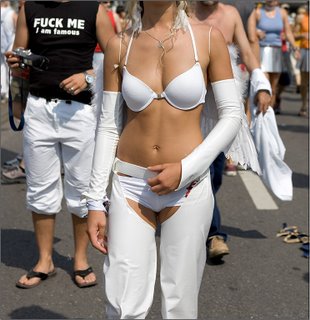 Email ThisBlogThis!Share to TwitterShare to FacebookShare to Pinterest
Labels: Behind the Music, Music

LAUGH ALL YOU WANT TOO ABOUT THE 80'S AND THE MUSIC FROM THAT ERA. I GREW UP ON IT AND WILL NEVER APOLOGIZE TO ANYONE FOR LOVING EVERY BIT OF THE MUSIC FROM THAT SCENE. THE SOUNDTRACK TO MY HIGH SCHOOL YEARS INCLUDED BANDS LIKE VAN HALEN, MOTLEY CRUE, OZZY, AEROSMITH, MAIDEN AND OF COURSE RATT TO NAME A FEW. IT WAS ALL ABOUT HAVING FUN. NO ATTITUDES , NO POLITICS, NO PISSING & MOANING . JUST PARTYING AND HAVING FUN. RATT WAS A BIG PART OF THAT ERA AND I STILL LOVE THERE MUSIC TO THIS DAY.....NO APOLOGIES

Not really sure Ratt deserved a "Behind the Music" status but I have their CDs (because of Warren Demartini and Blotz, not the image)......Dokken and the Scorpions are more notable for a BHTM but no tragedy or death so no TV drama to develop around I guess. Judas Priest had more drama? Or did they do a BHTM already?

No mention of Warren's near tragic car accident. See scar on his cheek.

No mention that Van Halen use to borrow Ratt's gear from time to time in the early days.

No mention that a new group named Bon Jovi opened for Ratt on tour. JBJovi also guests on Detonator. No interview of JBJovi so I guess the friendship didn't last? It would have given some star power to give Ratt some more credit if JBJovi gave some insight.

Warren DeMartini and George Lynch use to steal each others studio Amps, notable was a broken Soldano Warren was ready to trash, that George fixed and wouldn't give back all in good humor between the two I guess.

OOPPS! they showed an old picture of original guitarist Jake E. Lee (Ozzy) and looked like Stephen (way to go video editors). Jake influenced many guitarists in the '80s as a guitar teacher ala Randy Rhodes. Jake taught Warren also.

NO JOKE: Many music historians and experts give great credit to Blozter's drumming techniques and credit DeMartini's guitar work (expert abbreviated solo specialist). Robbin never had the chops to keep up with Warren and should have resigned to the fact.

No mention of Desmond Child

Some mention of Guns 'N Roses, but not Way Cool Junior was written about AXL's newfound fame and attitude on the 'strip.

Funny how Metallica stated they were the ANTIHAIRBAND or even respected the type of music but I have seen several backstage pictures of Lars Ulrich with Stephen, Robbin, and Warren.

Glad they finally portrayed how Stephen fell off the platform a couple of years ago. HE JUMPED! What an idiot it looked like a 25 foot plummet! I didn't know that from the published reports as they said he got blinded by the stage lights and fell off accidently (keeping the "reunion" tour off status for 3 months a couple of years ago).

No mention that Crucier played with Dokken. Good dialog on all of Juan's funny stage theatrics. I liked the "lost sheep" looking around moniker.

Crucier refused to join the "reunion" tour as he said it was a circus.

Rumors had it Robbin went to booze and drugs as he couldn't deal with supposed homosexuality or bisexuality, and the other band members wanted to distance themselves from his dramas.

What about Jake E Lee (from Ozzy) being in Ratt pre-Warren De Martini. No mention of that!