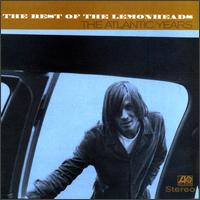 According to Stereogum, The Lemonheads (who reunited -- sort of -- last year) have signed with Vagrant Records. Vagrant is best known as an emo label due to its association with Dashboard Confessional. The label has also released music from Paul Westerberg (ex-Replacements) and Eels.

Last I heard, the "new" Lemonheads featured leader Evan Dando on vocals and guitar, and Bill Stevenson and Karl Alaverez of The Descendents as the rhythm section. However, according to Wikipedia, drummer Josh Lattanzi (Ben Kweller) is now performing in the band.

In case you either don't know The Lemonheads, or only know them as the group that covered "Mrs. Robinson," I am posting an mp3 from their best album, Lovey.

Lovey was the first Lemonheads album released on a major label (Atlantic), and the first of the Evan Dando-led version of the band. This song was released in 1990.

any way you could post the album for download? or maybe dropload it to me. never really got into the lemonheads.

I don't know how to dropload. What is that? I would post it, but I dont have enough web space for the entire CD.

Maybe we can work something out. But, you liked the song?