Get Your Ass To A Murs Show 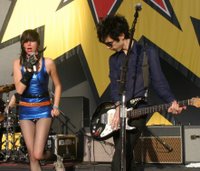 So I have to admit that Yeah Yeah Yeahs were actually pretty good live. I was pleasantly surprised. According to my inside sources, lead singer Karen O was extremely sick all day and was having throat issues. She sounded fine on stage, though. I don't think she has such an amazing voice anyways -- it's very reminiscent of Siouxsie Sioux -- but for her syle, she was able to deliver it live.

I watched YYYs for about an hour before heading downstairs to Sokol Underground to catch Murs. I missed YYYs encore, which I heard was really good. But, one hour was enough for me. 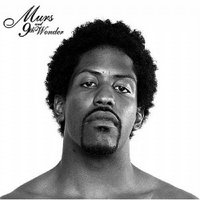 Murs was fucking great! He jumped up on stage to rap on the last song of opener Supreeme's set. Then he just started his show. Zero downtime. Perfect. Murs did a lot of stuff from his brand new CD, Murray's Revenge

, but he didn't neglect his old stuff either.

The crowd was a little light -- maybe 100-120 people. But, everyone in the place was jumping up and down and having a good time. It was a very enthusiastic crowd. I think more people would have turned up if there hadn't been a good show upstairs as well.

If you haven't heard Murs, I'll give you a little taste. Here is a track from the new CD: