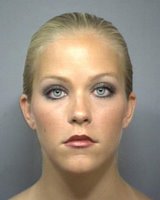 The decision means Debra Lafave won’t go to trial and the victim won’t have to testify.

Prosecutors announced the decision hours after a judge rejected a plea deal that would have meant no prison time for Lafave. “Quite frankly, if the allegations against the defendant are true, the agreed-upon sentence shocks the conscience of this court,” said Marion County Circuit Judge Hale Stancil.

Sources told Orlando NBC affiliate WESH-TV that prosecutors had planned for several weeks to drop the charges against Lafave, who earlier agreed to a plea deal in a second court in a case in which she lost her teacher's license and was sentenced to three years of house arrest.

Prosecutors, defense attorneys and the boy’s mother wanted to avoid trial for the boy’s well-being.

He has suffered extreme anxiety from the media attention and does not want to testify, a psychiatrist previously told Stancil. But the judge said the lack of prison time prosecutors had proposed in Lafave’s plea deal “shocks the conscience of this court.” (read more)
---------------------------------------------------------
This should never have been considered a crime in the first place. Spare me the comparison to a situation of a male teacher having sex with a female student. It is not the same thing. Call me a sexist (I'll accept that). Because any 14 year-old boy would gladly give up all of his possessions for the opportunity to have sex with a woman as gorgeous as LaFave -- hell, I'd give up a few things, too. Does she have a mental problem? Probably. But did she "rape" that teenager? Absolutely not. Boys and girls are different, and should have different standards when it comes to things like this. I bet this kid is not too "traumatized" to have another go at her!