New Unreleased Eric Carr Material To Be Released This Year 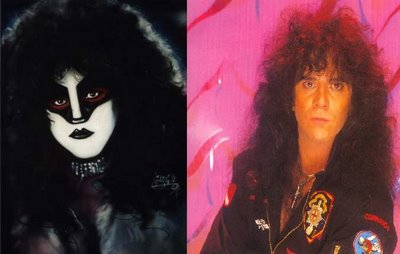 (Blabbermouth) Newly discovered, unreleased material from late Eric "The Fox" Carr, who was the drummer for KISS between 1980 and 1991, will be released by his family later this year. The songs all are from the era 1984-1991. It's not known at this time whether the family will release an EP or if they will just make the tracks available for download through the official Eric Carr web site, www.ericcarr.com.

Most of these songs were performed by Carr, and some were co-written with KISS bassist/vocalist Gene Simmons. One of the tracks is titled "Elephant Man" and was intended for KISS' 1992 album "Revenge", but Carr sadly passed away due to cancer in November of 1991 and was unable to see the song make its way to the CD. There's also a 1984 song written by Carr, which he presented to KISS for the album that became "Animalize". Entitled "Midnight Stranger", the track was written and performed by Carr. One of his favorite tunes, "Dial L For Love", which he co-wrote with Gene Simmons and Adam Mitchell, is also part of the newly discovered material. Other songs include a never-released demo of Eric's tune "Tiara" plus a complete song written and performed by Eric along with Mitch Weissman. Titled "The Troubles Inside You", this track features Carr on drums, guitars and background vocals, with Weissman on bass guitar and lead vocals.
Posted by Dave Splash