Re-Living My Adolescence: Ratt and Playboy 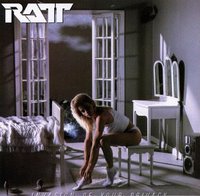 VH1 has just announced that it will feature 80s hair metal legends Ratt on this season of Behind the Music. The show is tentatively set to air in the first week of April. I'm pretty psyched to see this episode.

I am not too cool to admit that in the 80s I was a total mullet-wearing, teenage metalhead -- and I loved Ratt. I think I would still stand behind the band's first album, Out of the Cellar.

It had "Round and Round" and "Back For More." I played that cassette until it broke back in the day. I bet I saw Ratt in concert 4 or 5 times between 1984 and 87 (my musical taste began changing by 87 thankfully) and loved them every time. Ahh...the good old days!

Speaking of the good old days, I decided to have today's Factor feature a classic Playboy Playmate, and one that ties into my Ratt nostalgia. Marianne Gravette was Miss October 1982, and was also the cover model for Ratt's second album, Invasion Of Your Privacy.

The cover is pictured above. Click Marianne's picture to see what my 11 year old eyes witnessed back in 82! 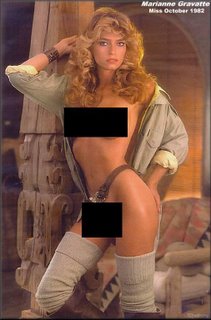 That was a good one, but I started losing interest in that type of metal by the time it came out. For what it's worth, Ratt was much better than most of the bands that came after them (i.e. Poison, Warrant, etc.).