Did You Hear That...

** Rapper LL Cool J thinks women should not be portrayed has "hoes" in videos anymore. He says, "I think that there's more room in the videos for women to be portrayed in a better way, like, classy." Uh-huh. I'm still singing along to "Big Ole' Butt" though, LL.

** Feel like you are getting less and less done at work, yet you are working longer and harder? A new study says that Americans feel rushed on the job, but are accomplishing less than they did a decade ago.

** The re-construction of New Orleans isn't exactly working on a tight schedule, but that won't stop Penthouse Magazine from opening its new club just off Bourbon Street. Penthouse will open a new gentlemen's club in New Orleans on March 1.

** R.E.M. and Bright Eyes to headline anti-Iraq War concert in NYC. I support the idea completely, but they have invited nutcase Cindy Sheehan to speak at the concert. Bad idea, guys.

** More "fair and balanced" coverage from Fox News. The folks on Cavuto on Business were discussing Democratic proposals for windfall taxes on the oil industry, and the party's criticism of Wal Mart's business practices while running the line "Have Dems Declared War on America" at the bottom of the screen. Shameless... 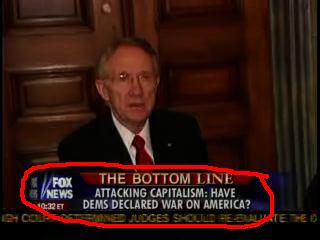 ** Actor Damon Wayans is attempting to patent the word 'nigga,' but is having some difficulty. He wants to start a clothing line and store using the 'N' word, but the trademark office declined it due to the prohibition on trademarks that are "immoral or scandalous"

** The Secret Service agents assigned to protect VP Cheney during his infamous hunting trip have said Cheney was "clearly inebriated" at the time he shot his friend.
Posted by Dave Splash

Hi!
I am doing reserach on various ways to reduce fat from over all bodyand alos spot.
I amsetting up a multilingual website on liposuction

http://www.liposuction-liposuccion.com
Any suggestions and criticism is welcomed.
Please send your comments alta@vsnl.net