A Couple More Shows to Report On

I had the absolute best seats in the house for Jeff Tweedy's solo show last Saturday night in Lincoln. My friends and I arrived for the show around 7 when the doors were opening. There was a long line, and it was cold as fuck (12 degrees) so we decided to wait it out at a bar across the street. I was worried that since the show was general admission, if we got there too late, we'd have a shitty spot.

Luckily, since we were guests of the promoter, there was a series of reserved tables in the first balcony that were set aside for guests. We got the center table. We shared it with the writer from Lincoln Journal Star newspaper.

Suffice to say, the show was fantastic. Opener Glen Kotche (drummer for Wilco) was ridiculously boring. He did a 45 minute set of percussion. It might be okay as background music while dong the dishes or something, but having to sit through a whole set of it was completely unnecessary. Jeff Tweedy emerged after a very brief set break and was outstanding. I won't give you a play-by-play since the aforementioned writer from LJS already wrote a review. Read it here. It was cool to hear Tweedy do an Uncle Tupelo ("Acuff Rose") song again. It has been a long time.

I spent much of Sunday catching up on sleep. I did my show Sunday night. The playlist is here. Had a good show -- got a call from a girl who wanted to know if the show could go on longer. 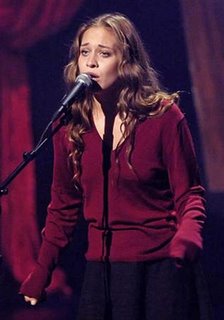 I mentioned my issue about the Coldplay/Fiona Apple show in an earlier posting. For anyone that cares...everything worked out fine. My tickets were clubhouse tickets, so my friend and I had a drink or two in the "lounge" and got to our seats in time for Fiona. I think she put on a great set, though the sound was quite bad. She also did not have the benefit of using the jumbo screens during the set. So, it was very hard to see her -- especially when she was behind the piano. Her set was pretty evenly split among her three albums, and she even did "Criminal." I was surprised that she did the song, because she has said in interviews that all the hoopla over the video made her dislike it. 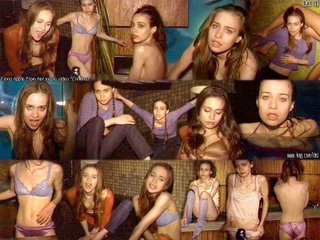 I think most of the crowd liked her performance. By the end of the set, the entire arena was full. There were some obnoxious teenagers sitting near me who spent much of the set making fun of Fiona's "creative" dancing. For my money, I would have liked a longer set from Fiona Apple. But I'm sure the vast majority of people in the audience were okay with the length. They just wanted Coldplay.

I don't know the names of any Coldplay songs, so I can't tell you what they played. I recognized about 1/3 of the songs, so they were probably the hits from their older record. Coldplay put on an entertaining show, and I liked it more than I had expected to. They still sound exactly like U2 to me; and having seen U2 just a few months ago, I'd say that Bono is a more engaging frontman than Chris Martin. But neither one of them is all that great anyway. Just my opinion, though.
Posted by Dave Splash