Not a lot of original posts this week -- sorry for that. Work has been kicking my ass for the last few weeks, and when I get home, I just don't want to do anything besides exercise and zone out.

I have some friends coming to town this weekend from Minneapolis. They are coming down to see Jeff Tweedy play at The Rococo Theatre in Lincoln on Saturday night. I have not seen Wilco since the mid-90s, and now I am much more of a fan. Should be a great show. I hear the Rococo is a beautiful room, but I have never been there. I do know that the show is sold out, so don't make the trek to Lincoln if you don't already have a ticket. 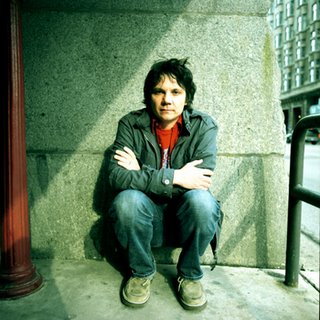 Tonight I think I'll take it easy. Real Time with Bill Maher is back this week, and Numb3rs is on. I need to clean up my place before my friends arrive tomorrow.

A good friend invited me over to watch movies, but I have to confess that I am a little annoyed with said friend. Let me briefly explain why...

About a month and a half or so ago, I got two tickets to see Coldplay with Fiona Apple when they play at The Qwest Center. These were not free tickets -- they cost $70 a piece (way more than a band as mediocre as Coldplay should be charging). My brother had committed to buying the other ticket, but then realized he had another commitment at the same time. He said he could change his appointment if I couldn't find anyone else to go. At the exact same time, my friend emailed asking if I knew anyone with an extra Coldplay ticket. Wow. What a coincidence! I did.

I told her that there was tiny chance that I was going to get free tickets from the radio station, but that more than likely, I would be using the purchased tickets. Did she want the other ticket? "Yes." Seems pretty clear to me. We are going to the show, and she has committed to buying my extra ticket. I let my brother off the hook for the show since I had someone else to buy the ticket.

Fast forward to a few days ago (Monday to be exact), and I get an email saying that "something has come up" and she will have to "pass" on the show. She hoped it wasn't too much of an inconvenience. Of course, I have not received her money for the ticket yet.

In a pretty tense phone call, I told her that she had committed to going, and to buying my other ticket. She then said that the price was too high, and that was an issue. I felt like saying, "So Fucking What!" Instead, we settled on her giving me what she could afford now; and she is still going to the show. Believe me, if I knew someone else willing to pay the $70, I would ditch my friend here in a heartbeat. But, I don't. So, I am semi-screwed. I want to see Fiona, otherwise I would try to sell the pair. But I am in the right here, am I not?
Posted by Dave Splash

You're definitely right, Man. About Coldplay being mediocre and about your friend with the sudden financial issue.

Haven't ever commented here, but I check up regularly. Excellent site. Peace.

So did your "friend" go to the show? Did she pay for the ticket? Why invite you over for movies if she can't pay for the tkt? She should be out working for the $70 she owes you. Unless she is a hot babe that you plan on shacking up with, ditch the bitch.

I visit your site nearly every day.

Well, I did end up going to the show with the same friend. She gave me $40 now and said she'd give the rest next time I see her. I'm not too worried about it anymore. The issue is over as far as I am concerned.

Fiona Apple didn't get to play long enough, and didn't have use of the big screens. Coldplay was better than I expected. My comment during the show was that Coldplay is U2 with better musicians. Not better songs, necessarily. But they are better players than U2. I din't see a lot of differences between the two bands.

i feel the same way. to me, coldplay is the bastard child of u2 and radiohead. no one really wants them around, but they seem to never leave the music scene.

their first album was really good though.