What a Lame Weekend...Sorry You Have to Read About It

Kind of an uneventful weekend I am sorry to report. I stayed in on Friday night and just watched TV. I caught Numb3rs and a bunch of other random crap found while flipping through the 200+ channels I have. I don't even remember what else I watched. One of the guys in Anonymous American dropped off a copy of their new single for me to play this week. I turned in pretty early.

Saturday morning my elliptical machine was delivered. The sales guy had originally said it would be a five hour set up to put it together, but thankfully, it took only one hour. I took it for a test drive after the guys left, and it works pretty well. All the controls are a little different than on the model I have been using for years at the gym, so I need to figure out how to get it set the way I am used to. Apparently the model I got can hook up to my computer and download new settings and workouts from the internet. I plan on using this thing seven days a week. My goal of losing 45 lbs. is in my sights! 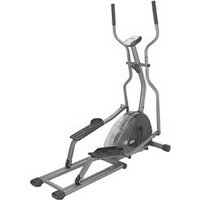 Spent the rest of my day cleaning my house (I told you this was an uneventful weekend) and doing laundry. I hit The Taj for dinner with some friends (had the Chicken Biryani -- great as always!) and then went bowling for a little while at Maplewood Lanes. For some reason I was super wiped out after that and headed home. I smoked a little pot and watched The Strokes on Saturday Night Live. They played pretty well, but Julian Casablancas's voice gave out a few times when he tried doing the higher part in "Juicebox."

This morning I had to go to a brunch for work. It was our annual "customer appreciation" party, so there was no way I could miss it. Nothing really interesting to tell about the party other than that the food was actually pretty good -- especially the omelet bar. I point that out because my co-workers thought I was nuts when I kept insisting on an omelet bar for the brunch. It was a little more expensive, but it was so worth it. Numerous people commented on how they liked it. I love being right.

So not too much else on the agenda for today except doing my show tonight at 11. I know I say this every week, but I have really great show tonight. I wish I could stay home and listen to it myself, but that is obviously not possible.
Posted by Dave Splash