Song of the Day: Jenny Lewis & the Watson Twins "Rise Up With Fists!" 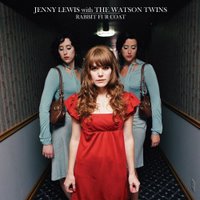 All Hail Jenny Lewis! I mean that, too. This woman deserves to be put upon a pedestal and worshipped. The former child actor and current lead singer of Rilo Kiley has made me a believer. Of what? Not sure. But on her new "solo" album, Rabbit Fur Coat

, Lewis seems to channel some inner spirituality that has not been present in her previous musical output. The songs on the new CD move me. It's that simple. Her soft, emotional voice; the dark, moody lyrics; the gospel harmonies and quiet, old-school country arrangements -- it all adds up to one fantastic song collection. 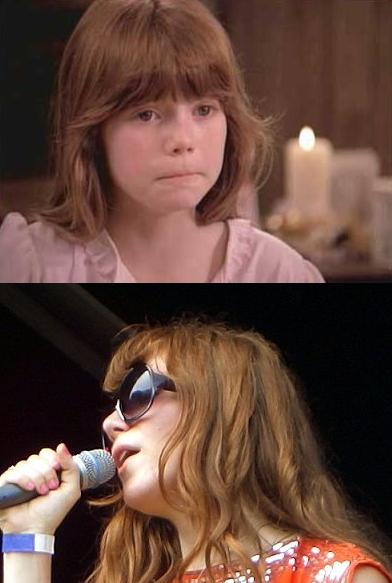 Lewis wrote all of the songs on the new CD (except for a great cover of Travelling Wilburys' "Handle With Care"). The difference between her new, solo material and that of her band, Rilo Kiley, is stark. She said in a recent New York Times interview that she has always been a country fan -- but only the classics. "I find most modern country virtually unlistenable. I can't relate to the music or the lyrics. But I grew up on Loretta Lynn and Dusty Springfield. I remember lying about it; it wasn't cool to listen to country when I was 12."

I intended on posting this yesterday, but the combination of Jenny Lewis' voice and Jill Carroll's crying video put me in a weird place emotionally. I just couldn't write. Today's song, "Rise Up With Fists," was playing when I just kinda lost it (temporarily... like, maybe for 20 seconds or so), so it is now today's song of the day. 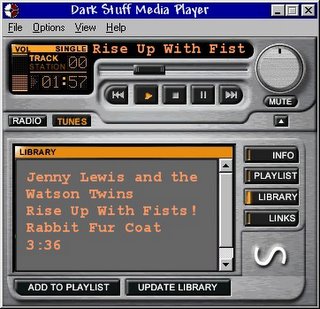