How Much Fake Outrage Can The Right Keep Mustering?

You gotta love how "offended" the right was over Hillary Clinton saying the GOP-controlled House of Representatives is run like a "plantation." There was so much self-righteousness among right-wing whack-jobs in the blogoshpere like Michelle Malkin that I wondered how long it would take before they had a full-blown meltdown. How many Republican elected officials and pundits would claim that Hillary Clinton must apologize to the people she "offended"?

Funny. The only people who were offended were GOP congressmen and pundits -- not African-Americans (unless you count the 3 black Republicans). No one in the room was offended. They knew what she meant, and they agreed.

But where was the outrage from the right when, in 1994, Newt Gingrich made the following quote: "Since they think it is their job to run the plantation, it shocks them that I’m actually willing to lead the slave rebellion.” (Washington Post, 10/20/94). Truth is, this was not the first or last time the GOP used the plantation analogy when referring to Black Democrats. Do a google search. You'll see tons. Conservatives created racial politics and they are still the masters of it.

Hypocrisy on the right?? Say it ain't so! 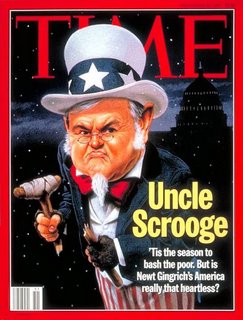