Take a Breath and Think About It. Do We Really Want the Govt. to be Able to Spy on Us Without a Warrant? 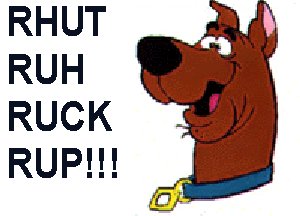 This picture cracked me up. It is also a great message to send to my Republican friends who are dismissing the recent revelations about George W. Bush's spying on US citizens, ignoring all checks on presidential power, and arguing that he can do whatever he wants as long as he can claim it is part of his war on "terror." Well, how much terrorism were the Quakers responsible for? Or PeTA? Was there a lot of terrorism in the Alaskan National Wildlife Refuge? Enough that warranted attaching wilderness drilling to a defense bill and voting for it around 5am! Our president has committed an impeachable offense with this illegal domestic spying, and the cowardly GOP-controlled Congress is endorsing every minute of it. The sad fact is that it would have taken maybe 20 minutes to legally get a warrant from a special, SECRET court. This court has said no only 4 times in over 4000 requests. Why not go the legal route? Why try to make yourself above the law? Because there is nefarious intent behind the spying you can guarantee that.

Well, friends, you may be willing to give away your rights (heard of the 4th amendment?), but I am not. This non-court sanctioned domestic spying will not stop with just so-called terrorists. We have already seen the beginnings of this unchecked authority being used to investigate groups that are opposed to the war in Iraq, the Bush administration, or anything remotely considered "liberal." Democrats hate terrorists just as much as Republicans do, and we hate totalitarianism as well. But, the way to defeat this murderous ideology is not to become like the enemy. We should not be willing to give up any liberty, right, or freedom we have in pursuit of an enemy. What will we have when the enemy is defeated? I am afraid that most of us won't like it.

I heard a right-wing caller on C-Span the other morning who said he didn't care if he was surveiled or monitored because he "has done nothing wrong." He went on to say that George Bush is the best president ever, and anyone that opposes him is a traitor. That is exactly the attitude that I worry will become the national attitude should Bush and Co. be allowed to continue its one branch government, and the self-serving expansion of its own power.

Remember you Bush worshippers, if this unchecked power is granted to a Republican president, it will now be a precedent that can be cited by future presidents to go even further (even -- gasp! -- a Democrat). Just because the administration says something is legal, that does not mean that it is. This is the precise reason we have three equal branches of government! I know that 9/11 changed a lot of people's thinking on a lot of issues, and that is good. But shifting all power to one branch of government -- or one man -- is something would not work in a pre-9/11 world or in a post-9/11 world.