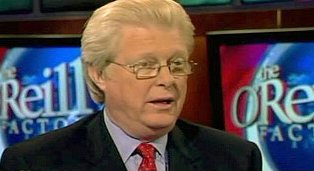 Why has this asshole, John Gibson, not been fired? Because he is on Fox News, where nothing is out of bounds for their various hosts. The entire Fox News Network has been on an insane crusade to force everyone to celebrate Christmas -- Christian or not. Bill O'Reilly is probably the most notorious of the hosts. He has made the argument on numerous occasions that the phrase "Happy Holidays" is tantamount to saying "Fuck you Jesus" to Christians. 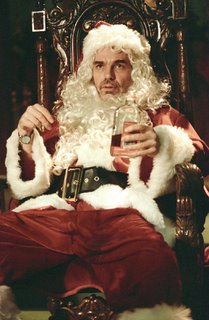 As a Jewish person, I am not offended if someone wishes me a "Merry Christmas." As a child, I stood in line at the mall to meet Santa Claus just like all the other kids. When it was my turn on the lap, I told Santa that I was Jewish. Invariably, Santa would say, "Ok, then. What do you want for Hanukkah?" No biggie. I understand and accept that the large majority of people in America celebrate Christmas. I have always assumed that when businesses started wishing people "Happy Holidays," it was because they wanted to include more people into their well-wishing, not exclude Christians. Also, this time of year is known as the "holiday season" because it includes not only Christmas, but Hanukkah, Kwaanza, Thanksgiving, and New Years. Hence, happy holidays. Plural. Is this wrong?

Well, according to the right-wing nuts on Fox News...YES. Happy Holidays is apparently a liberal plot to undermine Christianity, and deny the real American religion its unfettered access to malls and city offices across the country. John Gibson, host of The Big Story with John Gibson on Fox News, has recently made that exact argument. He has also taken it upon himself to determine what is the "right" religion, and which "others" should be tolerated in America.

He recently said the following on an appearance on Janet Parshall's America (a right wing radio show):

I find this statement to be one of the most offensive things I have ever heard stated by a "newsman" or anyone else. Who decides what is the "wrong" religion? According to the US Constitution (Fox has heard of that, right) there is no "right" or official religion in the United States. The bottom line is that those who claim there is a "war" on Christmas are engaging an extremely divisive campaign of religious bigotry. It is a no-so-thinly veiled attempt at denigrating minority religions and promoting the (false) idea that America is a Christian country, that merely "tolerates" other religions.

Don't bother writing to Gibson or O'Reilly. That would be a waste of time. Just watch other channels, like MSNBC. Keith Olbermann is going to do a show tonight debunking the myth of the so-called "war on Christmas." Olbermann was recently put on O'Reilly's "enemies list," so that should give you more reason to watch him!