Is This The New Republican Talking Point? 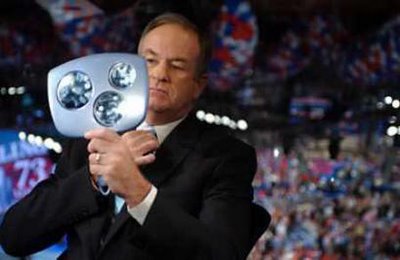 Right wing blowhard Bill O'Reilly is now blaming the bungling of the Iraq War on...France. Yes, that's right. Even though France said they did not believe the evidence presented by the Bush Administration, supported allowing the weapons inspectors to continue their work, and refused to send troops to topple Sadam based on questionable intelligence -- it's France's fault that the war is going so badly. Here's his ridiculous argument (add this to his many ridiculous arguments):

"If Jacques Chirac had stepped up and looked Saddam in the eye and said, 'You either let those U.N. inspectors do their job unfettered, or I'm going with the U.S.A. and Britain,' Saddam would have blinked. There wouldn't have been an Iraq war. This Iraq War is on Chirac. It's right on his head. That's where it is." -- 11/7/05 Radio Factor

This may be one of the stupidest things ever uttered. Jeezus. I thought the Republicans were supposed to be the party of "personable responsibility"? How about taking some. The Right is going into a "blame everybody but Bush" frenzy of late. Now the new line is that it's the Democrats fault for going along with Bush -- they are responsible for the problems in Iraq for not raising their questions back in 2002. Anyone with any memory knows that everyone who questioned the Bush Administration was eviscerated in the media as some sort of anti-American crank. Dissent was either criticized as un-patriotic or was ignored completely. There were plenty of people raising questions back then. The right-wing and the media wanting nothing to do with it. Phil Donohue even lost his show on MSNBC for publicly questioning the Bush Administration's war policy. Don't re-write history. This is a Republican War and a Republican failure.
Posted by Dave Splash