X To Tour in December 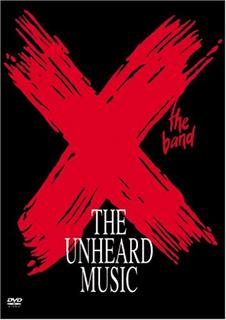 From Live Daily:
Old-school punk rockers can relive their mosh-pit days as seminal Los Angeles act X takes its show on the road in December.

Following a hometown-area show Nov. 5 at Vault 350 in Long Beach, CA, the legendary punk rock group will pogo across the country for a short tour of the Southeast and Northeast in early December. The trek, which features indie-rock singer/songwriter Juliana Hatfield in the opening slot, kicks off on Dec. 2 at Atlanta's Masquerade and finishes up on Dec. 10 at Boston's Avalon.

The tour will feature the band's original lineup—-vocalist Exene Cervenka, vocalist/bassist John Doe, guitarist Billy Zoom and drummer D.J. Bonebrake. That cast of colorful characters, which originally came together in 1977, reunited in 1998 and has been sporadically touring ever since. X's last release was "Live in Los Angeles," a document of a pair of 2004 concerts that was released on both CD and DVD formats.

The band is currently celebrating its June enshrinement in the Hollywood Rockwalk. X received an Official Certificate of Recognition from the City of Los Angeles for the group's "important contributions to Los Angeles music and culture," according to the band's official website.

In other news, the Project Room of the Santa Monica Museum of Art is presenting "Exene Cervenka: America the Beautiful" through Nov. 26. This is the first comprehensive museum exhibition of the X-member's journals and mixed media collages, which date from 1974 to 2005.