Woman Kicked Off Plane for Anti-Bush T-shirt. Is This Still America? 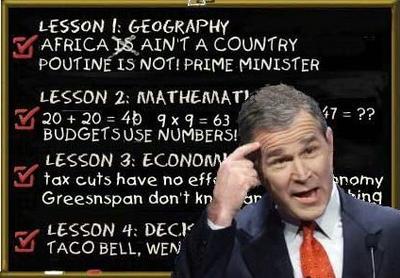 (RENO) A Washington woman's flight home was stopped short in Reno, all because the message on the T-shirt she was wearing.

32-year-old Lorrie Heasley claims it's a freedom of speech privilege, but airline officials say it was about passenger comfort.

Heasley, "There are bigger problems in the country, I can't believe people can be so petty."

Heasley boarded her flight Tuesday morning in Los Angeles, headed for Portland, Oregon with a stopover in Reno. But when Southwest Airlines employees asked her to cover her shirt, her stop over became a stop off her flight.

"I was told that basically that I had to cover my shirt, or I was told if I cover the shirt I can basically stay on the plane."

So she covered the shirt, but during a nap while passengers were boarding in Reno the cover came off. And Southwest employees insisted, change the shirt, or change flights. "I didn't feel that I should have to change my shirt, because we live in the United States, and it's freedom of speech and it was based on the move "The Fockers", and I didn't think it should have offended anyone."

The shirt had pictures of members of the Bush Administration, and a phrase based on the movie "Meet the Fockers," but with one crucial vowel changed.

It was enough to cause complaints from other passengers and it's a problem the airline has had to deal with before.

Beth Harbin, Southwest Airlines, "We do get it occasionally. What someone is wearing, what someone is reading, what someone might be saying and it's very much a judgment call. But when other customers become concerned we do have to become involved in that and see what we can do to make everyone as comfortable as we can."

Heasley says she wore the T-shirt as a gag, and wanted her parents, both Democrats, to see it when they picked her up at the airport.

McInnis says Southwest rules allow the airline to deny boarding to any passenger whose clothing is offensive. But American Civil Liberties Union officials say Heasley's T-shirt is "protected" political speech under the Constitution.

And while Southwest may have kept the peace on it's afternoon hop to Portland, a woman, not afraid to use her freedom of speech will now be using her freedom of choice.

"I most likely wont be flying Southwest Airlines again after this."

Southwest Airlines told Heasley she could take a different flight home if she changed her shirt. She refused and opted to rent a car and drive home.

Heasley says she plans to press a civil-rights complaint against the airline over Tuesday's action at Reno-Tahoe International Airport.
Typical of whining right-wingers. I guess freedom of speech does not count if it's criticism of George Bush.
Posted by Dave Splash