Anna Nicole's Case Is Taken Up By the Supreme Court 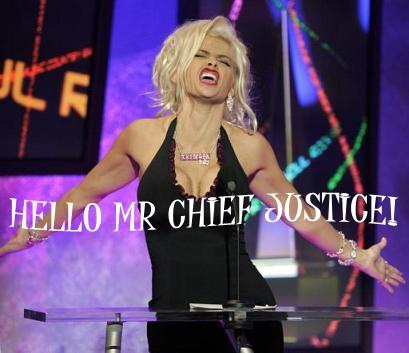 From Associated Press
WASHINGTON -- The Supreme Court shed its staid image today, giving stripper-turned Playboy model Anna Nicole Smith a new chance at a piece of the fortune of her 90-year-old late husband.

The court said it would hear arguments early next year as part of Smith's effort to collect as much as $474 million from the estate of J. Howard Marshall II. The oil tycoon married her in 1994 when he was 89 and she was 26.

The case promises to be the sexiest of the nine-month term which begins next week. (click to read more). 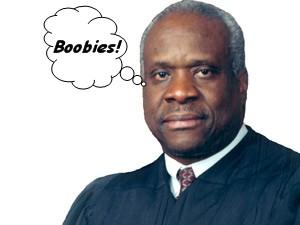 I think Clarence Thomas has something to do with the Court's taking this case!
Posted by Dave Splash