Should Pets Be Part of the Evacuation Plan 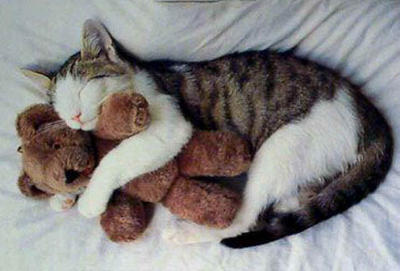 WASHINGTON (AP) -- Federal disaster grants to state and local governments should be conditioned on how they accommodate pets in their evacuation plans, say lawmakers disturbed that some Hurricane Katrina victims refused to leave home because they couldn't take their animals with them.

"I cannot help but wonder how many more people could have been saved had they been able to take their pets," Rep. Tom Lantos, D-California, said Thursday.

Lantos and Reps. Christopher Shays, R-Connecticut, and Barney Frank, D-Massaschusetts, are sponsoring a bill that would require that state and local disaster preparedness plans required for Federal Emergency Management Agency funding include provisions for household pets and service animals.

More than 6,000 pets have been saved in Mississippi and Louisiana, said Michael Markarian, executive vice president of the Humane Society of the United States, but tens of thousands more could still be in New Orleans alone. Texas, he said, has been better at allowing people to take their pets with them ahead of Hurricane Rita but a formal policy is still needed.

"We cannot rely on individual acts of compassion," Markarian said.

While the legislation may draw attention to the issue, it doesn't "have any real meat in it," said Sara Spaulding, a spokeswoman for the American Humane Association. She said uniform protocols on rescuing and sheltering animals, for example, should be formulated at the federal level with consultation from animal welfare groups.
Posted by Dave Splash