Following the lead of the Bush Administration (who this week endorsed discrimination on religious grounds in hiring), a California Christian school has decided that students who have gay parents are not welcome. Now that's a family value!! 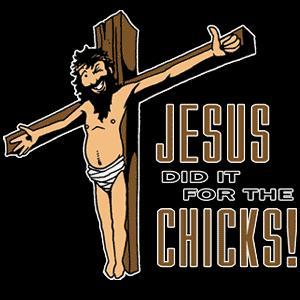 From AP:
ONTARIO, Calif. - A 14-year-old student was expelled from a Christian school because her parents are lesbians, the school's superintendent said in a letter.

Shay Clark was expelled from Ontario Christian School on Thursday.

"Your family does not meet the policies of admission," Superintendent Leonard Stob wrote to Tina Clark, the girl's biological mother.

Stob wrote that school policy requires that at least one parent may not engage in practices "immoral or inconsistent with a positive Christian life style, such as cohabitating without marriage or in a homosexual relationship," The Los Angeles Times reported in Friday's edition.

Stob could not be reached for comment by the newspaper. Shay and her parents said they won't fight the ruling.

School administrators learned of the parents' relationship this week after Shay was reprimanded for talking to the crowd during a football game, Tina Clark said.

Clark and her partner have been together 22 years and have two other daughters, ages 9 and 19.
Posted by Dave Splash