Bill Frist's "Blind Trust" Not So Blind After All 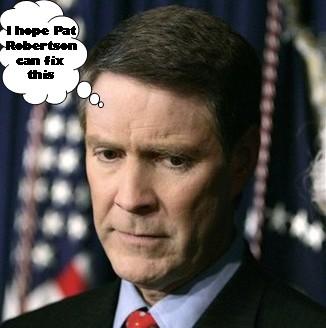 WASHINGTON (AP) - Blind trusts are designed to keep an arm's-length distance between federal officials and their investments, to avoid conflicts of interest. But documents show that Senate Majority Leader Bill Frist knew quite a bit about his accounts from nearly two dozen letters from the trust administrators.

Frist, R-Tenn., received regular updates of transfers of assets to his blind trusts and sales of assets. He also was able to initiate a stock sale of a hospital chain founded by his family with perfect timing. Shortly after the sale this summer, the stock price dived.

A possible presidential contender in 2008, Frist now faces dual investigations by the U.S. attorney for the Southern District of New York and the Securities and Exchange Commission into his stock sales.

Sheldon Cohen, who was the trustee for Democrat Walter Mondale's blind trust when he was vice president, and drafted Democrat Lyndon Johnson's blind trust for Johnson's presidency, said that in the executive branch,"You don't tell them how it's composed." He said Frist, like any federal official, "absolves himself of conflict by not knowing what he owns."

Cohen said that when Mondale left office, he told Cohen to sell his assets. "He had no idea what I was holding," the Washington attorney and former Internal Revenue Service commissioner said.

The stock was in HCA Inc. (HCA), a chain of hospitals founded in the late 1960s by Frist's father and brother. At the time of the sale, insiders also were selling. Shortly after that sale, the stock price dipped because of a warning that earnings would not meet Wall Street expectations.

"If, in fact, Frist was actively involved in this decision, he certainly has to supply an explanation of how that's consistent with a blind trust," said Bob Bauer, a Washington attorney who has set up blind trusts for Democratic members of Congress.

Bauer said he has no knowledge of Frist's dealings with the trustees of his investments.

Whether Frist knew too much about his investments, or took advantage of insider trading, is not known. But the potential political damage increased in recent days.

Documents on file with the Senate show the trustees for Frist and his immediate family wrote the senator nearly two dozen times between 2001 and July 2005.

The documents list assets going into the account and assets sold. Some assets have a dollar range of the investment's value and some list the number of shares.

The trust is considered blind because eventually, through the sale of transferred assets and the purchase of new assets, the official will be shielded from knowing the assets he owns. The knowledge Frist learned about his holdings potentially makes it more difficult to avoid a conflict of interest.

Fist, a heart surgeon, has been the Senate's leader as the chamber has considered Medicare legislation and many other issues that would affect HCA's hospitals and doctors.

Another political problem for Frist: His own statements suggest he had no knowledge of his blind trust investments.

Asked in a television interview in January 2003 whether he should sell his HCA stock, responded, "Well, I think really for our viewers it should be understood that I put this into a blind trust. So as far as I know, I own no HCA stock"

Frist, referring to his trust and those of his family, also said in the interview, "I have no control. It is illegal right now for me to know what the composition of those trusts are. So I have no idea."

Stevenson, the Frist spokesman, said there limited instances "where federal law and Senate ethics regulations call for the disclosure of certain transactions or events to the Ethics Committee and to Senator Frist as the trust's owner.

"Except in these very limited instances, Senator Frist does not receive information related to the disposition of his assets under the control of the trustee."

Frist sold the HCA stock at a time when insiders in the company also were selling off shares worth $112 million from January through June of this year. Aides to the senator said he acted to avoid a conflict of interest, and that he had no information about the company that wasn't available to the public.
Posted by Dave Splash