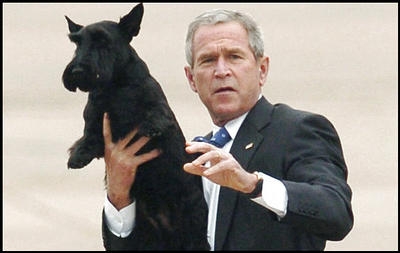 Usually when a person sits at home for five weeks not working, that person is unemployed. The exception, of course, is George W. Bush. He is in the midst of his 49th vacation in 4 1/2 years. So, it's been over 1400 days since 9/11, and Bin Laden is still at large -- time for a vacation! I have been "on vacation" now for two weeks, so I have a few more to go to catch up with Dubya. One could think that with Bush away from Washington, there is little he could fuck up. I wouldn't count on that.

So what's new with me? Not much since yesterday. I just got an email from my radio show boss saying that she got me the new Black Rebel Motorcycle Club CD, and that it is waiting for me in my mailbox. Yeah! I'm sure I will be playing the hell out of it for the next few months. These guys are just about my favorite band from the last five years. I heard one new track which had been posted on MySpace as an exclusive and it was excellent -- very different than their previous stuff. I think this could be the band's breakout album. I hope so, anyway. They deserve it.

Beyond that, I don't have much to report. Still chilling (virtually) solo at Mom's office. I'll be here until Friday. I will tell you that I re-watched the new Bill Maher special, "I'm Swiss." It was better the second time, but still not as good as his previous specials. I also re-watched this week's Six Feet Under and am still shocked about how it ended. I mean, Nate is dead! He was the best part of the show! But as anyone who watches the show will tell you, just because you're dead, that doesn't mean you're off the show. It is the last season, so maybe I should have seen it coming. Still.... 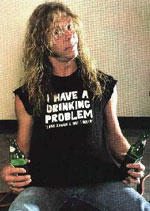 Not a ton of birthdays for today, but the two that I do have are pretty important people. First up is Metallica front man, James Hetfield. It is true that Metallica has not made a decent record since 1991's "Black" album, but those early records (Ride the Lightning, Master of Puppets, etc.) fuckin' ruled! Hatfield turns 42 today. 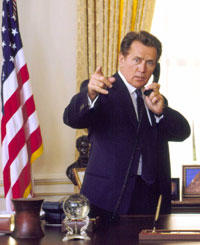 The other notable birthday belongs to actor Martin Sheen. Sheen, of course, has been in hundreds of movies (most importantly Apocalypse Now in my view), but most people know him now as President Josiah Bartlett on West Wing. Since the actual American President is such a disappointment, at least we have a TV president that we can look up to. I met Mr. Sheen in 2002 in New York. He was a really nice guy. 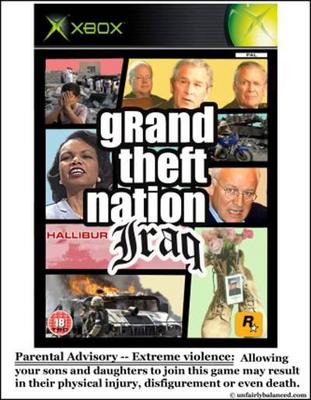 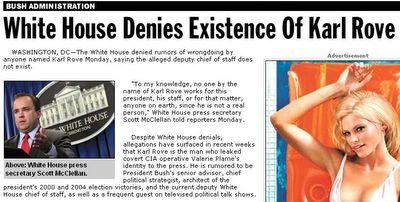 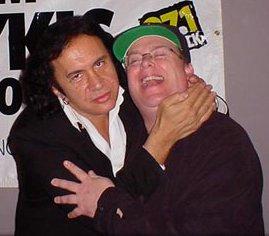 Wanna play poker with Gene Simmons, Dave Navarro and Jerry Cantrell? The second annual Rock Star Poker Tournament and Sweepstakes will be taking place August 25-27 at the Palms Casino Report in Las Vegas. You can sign up now at www.vegasrockstarpoker.com for your chance to win the trip, plus $10K to play with...Did Black Eyed Peas' Fergie piss herself on stage? It's doubtful, but Hollywood Rag has a series of pictures that look like she did. Either she peed her pants or has a serious crotch sweating issue (I don't know which is worse)...Liz Phair played a quick set last night in New York and unveiled three songs from her forthcoming album, Somebody's Miracle. The set was kind of rushed since there was another show scheduled for the same venue later that night. Liz also played songs from her classic debut album, Exile in Guyville, and some from her piece of shit self-titled album from 2003. I used to love Liz Phair, and I hope her new record is good. I am not expecting much. The new album will be released October 4 on Capitol Records... 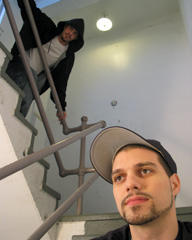 TONIGHT: Eyedea & Friends at Sokol Underground
Tonight we have a hip-hop freestyle going on at Sokol! Rapper Eyedea will be bringing along some of his rapping friends to Omaha tonight for a really unique show. He will be battling Camage, Mazta I, Kristoff Krane, J.T. Bates, and Casey O'Brien. There are also three openers: The Crest, Silent Army, and Surreal. To be honest, I don't know any of these guys. Eyedea is on Rhymesayers Records which is one of my favorite labels, but I haven't actually heard him. I do know Surreal because he is local and I have played him on my radio show. At the very least, the show should be unique.

TOMORROW: Planes Mistakes For Stars at Sokol Underground
I missed my chance to see these guys last year hen they were in town. PMFS is a really unique metal band from Colorado. They have toured with one of my favorites, High On Fire, in the past, so I assume they are going to be cool. I wish I had more information, but I don't. Deal with it. Opening the show is Glass and Ashes and Love Me Destroyer.

Today on 'The Factor' we have a new model named Raquel Gibson. She is from my old stomping grounds in Clearwater, FL, and she looks a bit like Jessica Alba. I don't know her ethnicity for certain, but she looks Latina. All I know is that she is gorgeous. Click here to see three pages of pictures of her. 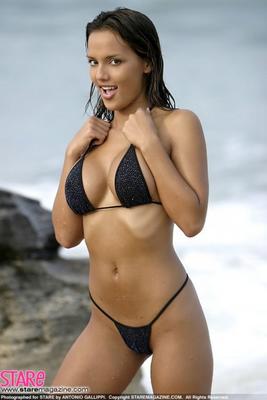