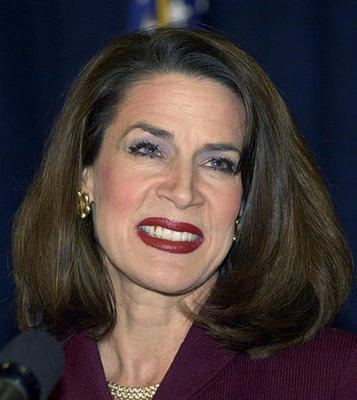 This is the newest GOP conspiracy theory -- that liberal newspaper/photo editors "doctored" pictures of former Florida Secretary of State (and current Congresswoman) Katherine Harris to make her look scary. Look, I don't judge people based on appearance, but there is no "doctoring" needed to make this woman scary. Harris is an unattractive woman that wears too much make-up. She is not unique in that. Many Democrats (including myself) don't like Ms. Harris because of her questionable role in the 2000 Florida re-count debacle. I mean she was the chair of the Bush For President campaign for Florida while serving as Secretary of State (appointed by the candidate's brother who is governor). She had the sole discretion as to whether or not vote counts would be extended. It's not exactly a stretch to question her objectivity. But her pictures were not altered or doctored or anything. That ugliness is all natural, baby.

This is just one example of many of how modern day conservatives are so completely detached from reality. Everything is a conspiracy against them. They also live under a complete double standard. I have spent the better part of the afternoon debating the teaching of "intelligent design" on a right-wing blog called Blonde Sagacity. The blog's author is a nice enough person. I have nothing negative to say about her. I cannot say the same about most of her readers. The entire thrust of their argument is: I know nothing because I am a Democrat, I don't understand the first amendment because I don't think religion should be taught in school, and that any deviation from the GOP talking points makes me anti-religion. You know, the usual Limbaugh, Hannity, RNC garbage. They even accused me of being mean by starting off my first comment with the term "right-winger." How is that mean? What a bunch of pussies! That might be mean, but right-winger is an apt description of someone on the far right of the political spectrum. Anyway, I gave up because no matter how logical and well-argued my points were, the responses were right off the Focus on the Family's website. I know they don't like hearing that, but it's true. They all believe that if you disagree with the far right's view of religion, then you are an atheist and hostile to religion. This is a trap they try and set all the time, and the media is a willing partner in this nonsense. Margaret Carlson has a great column on this, you can read it here. Go to the blog and see what I was dealing with! 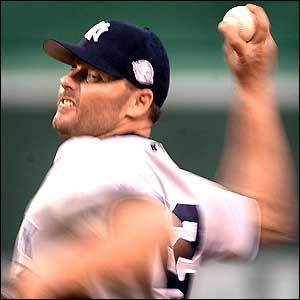 First up for August 4 birthdays is legendary pitcher Roger Clemens. Unfortunately, he left the Yankees after five great seasons to go to the Astros. Still, at 43 years old, it is a testament to his skill that he can even pitch at the professional level. 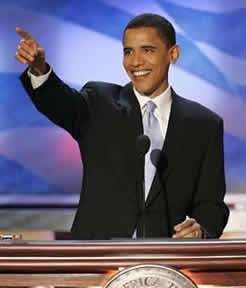 Next is the rookie Senator from Illinois Barack Obama. This rising star in Democratic politics is currently the only African-American person in the US Senate, and could someday become the first African-American President. He turns 44 today. 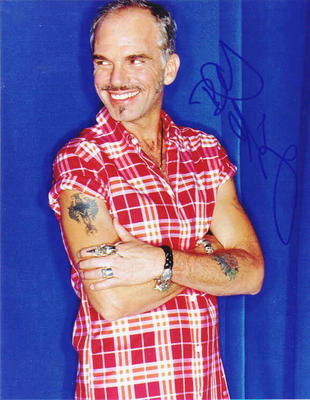 The last birthday today belongs to actor Billy Bob Thornton. I love this guy. He was hysterical in 'Bad Santa,' and he got to fuck Angelina Jolie -- a lot. He's 50 years young today.

The Wide World of Politics
THE REST OF THE DARK STUFF 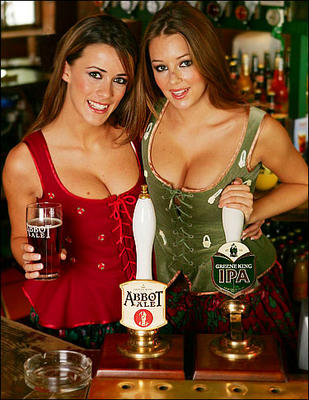 A member of the EU from Brussels is floating an absurd bill that would ban barmaids from wearing low-cut tops. They are making this ban a health issue saying that women whose cleavage is exposed run a higher risk of cancer when they have to deliver drinks to patrons that are outside. This may be the stupidest thing I have ever heard of!...Speaking of exposed breasts, Howard Stern has just inked a deal with the In Demand Networks to run the TV version of his radio show. It will be part of the "on demand" programming that often accompanies digital cable packages. Since it is a pay service, the shows will be uncensored (no more blurred screens). So now I have to pay for satellite radio to hear the show, and pay for on-demand TV to see the show? I love Howard, but how much does a guy have to pay to see "Homeless Hollywood Squares?"...I understand why record labels are attempting to make their CDs hard to copy, but the new technology is ridiculous. Sony/BMG has started putting a form of copy protection on its CDs that make it impossible to rip to mp3 and put on your iPod. Now I know illegal file sharing is a serious problem, but if I buy a CD with my own money, why then shouldn't I be able to put the songs on my iPod or my computer, or whatever, if I'm not sharing it with others? A few recent CDs that I have gotten have this technology, and it does work. So, even though I listen to my iPod more than any other device, I never get to hear the new Foo Fighters or Longwave or even the new Black Rebel Motorcycle Club CDs. I think something needs to be done about this. According to the article, the discs allow for three copies to be made in Windows Media format, but those cannot be converted to be used on a portable. I dispute the fact that you can even make any copies! My two computers cannot even read the discs! Fuckers...Dave Chapelle's 'Chapelle's Show' was good while it lasted, I guess. Co-star Charlie Murphy said in an interview that the show will not be coming back. Comedy Central has not made any official announcements, or said what they will do with the few new episodes that were filmed before Chapelle went on his "spiritual retreat." I'd like to hear this from Chapelle himself, but that may be a while...

Damn. Are you seeing this girl? For today's 'Factor' we have a model named Nicole Narian. This girl is fine. Check out the rest of her pics here. Damn. 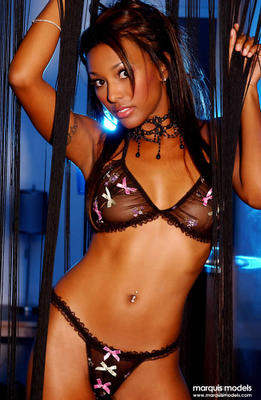